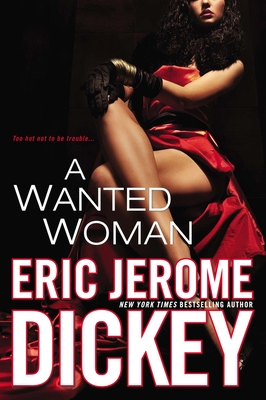 Winner of the 2014 NAACP Image Award, A Wanted Woman is a dangerous thrill ride like no other from New York Times bestselling author Eric Jerome Dickey.

The assassin called Reaper is a woman of a thousand faces, and just as many accents. In the blink of an eye, she can become anyone. Some desirable. All dangerous.

For Reaper, the Trinidad contract should be simple: infiltrate the infamous Laventille Killers’ organization, earn access to her political target, eliminate him, and then escape from the island.

When complications arise and the job goes bad, Reaper has no viable exit plan. The LK warlords want her publicly executed, and their pursuit is far-reaching and merciless. Trawling for low-profile assignments is all Reaper can do to keep her skills sharp and garner money to survive. And for an assassin with so many changeable identities, her newest one is too frighteningly real—as an expendable pawn between two warring organizations. Now, trapped on an island paradise turned prison, Reaper discovers that family ties run deep on both sides. Somewhere, sometime, someone has to be trusted—but one wrong move could suddenly become her last breath.

Praise For A Wanted Woman…

Praise for A Wanted Woman