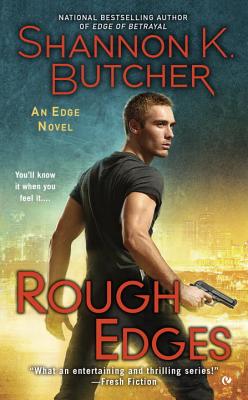 From the author of Edge of Betrayal—the Edge series returns with the climactic fifth novel, and an all-new explosive, romantic adventure...

In the world of covert operations, Bella Bayne knows how to get the job done. And with her work coming first, her personal life is coming in a distant second. Even though Bella would like nothing more than to ravish the rugged, handsome Victor Temple, she’s his superior so it’s a strictly hands-off affair.

When Bella gets a solid lead on the location of Dr. Norma Stynger—the twisted mind behind Project Threshold—she must team up with Victor if they are to finally bring justice to the madwoman. But when Norma’s daughter risks her life to help the team, Bella is faced with the impossible task of deciding who will live and who will die…

Since launching her career in 2007, Shannon K. Butcher has penned more than twenty titles, including the paranormal romance series the Sentinel Wars; the action-romance series the Edge; and a handful of romantic-suspense novels and works of short fiction. Being a former engineer and current nerd, she frequently uses charts, graphs, and tables to aid her in the mechanics of story design and to keep track of all those pesky characters and magical powers. An avid beader and glass artist, she spends her free time making jewelry she often gives away in contests on her Web site.

“You are always guaranteed generous portions of pulse-pounding action and romance in a Butcher tale!”—Romantic Times

“What an entertaining and thrilling series!”—Fresh Fiction
or support indie stores by buying on
Copyright © 2020 American Booksellers Association