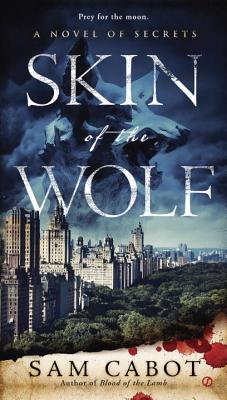 Skin of the Wolf (A Novel of Secrets #2)

In the first Novel of Secrets, Blood of the Lamb, Sam Cabot upended religious history with hair-raising twists that left readers reeling—and hungry for more. Now his “genre-bending series” (Popcorn Reads) continues as an ancient evil rises in the modern world with each full moon.

It was shocking enough for Father Thomas Kelly to discover the community of vampires known as the Noantri. Even more unsettling: Two colleagues, art historian Livia Pietro and scholar Spencer George, were among them. Now the three of them are working together in New York City, where Livia is attending a conference on Native American art. But when Spencer is attacked in Central Park by a wolf, they’re plunged into a world where Iroquois lore and the doctrines of the Catholic Church have collided, resulting in a catastrophic revelation.

The attack on Spencer was not random, nor was it made by a normal wolf. It was a violent, calculated strike in a quest for power and domination that could destroy millions of lives—because under a full moon in Manhattan, everyone is going to be prey....

Praise For Skin of the Wolf (A Novel of Secrets #2)…

Praise for the Novels of Secrets

Skin of the Wolf

“Talk about a roller-coaster ride!”—Popcorn Reads

“Those familiar with Stephenie Meyer’s Twilight saga will appreciate the depiction of Noantri and shape-shifters, while fans of Katherine Neville, Steve Berry, and Raymond Khoury will enjoy the relic element.”—Library Journal (starred review)

Blood of the Lamb

“You never quite catch your breath…What more could you want from a thriller?”—New York Times bestselling author Steve Berry

Sam Cabot is a pseudonym of Carlos Dews and S. J. Rozan.

Carlos Dews is an associate professor and chair of the Department of English Language and Literature at John Cabot University, where he directs the Institute for Creative Writing and Literary Translation. He lives in Rome, Italy.

S. J. Rozan is the author of many critically acclaimed novels and short stories that have won crime fiction’s greatest honors, including the Edgar®, Shamus, Anthony, Macavity, and Nero awards. Born and raised in the Bronx, Rozan now lives in lower Manhattan.