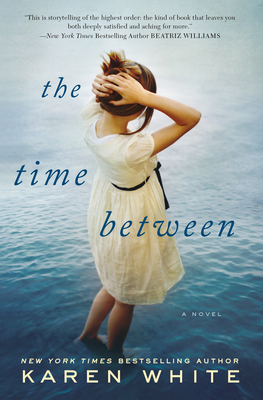 The New York Times bestselling author of the Tradd Street novels delivers a tale that spans two generations of sisters and secrets, set in the stunning South Carolina Lowcountry.

Eleanor Murray will always remember her childhood on Edisto Island, where her late father, a local shrimper, shared her passion for music. Now her memories of him are all that tempers the guilt she feels over the accident that put her sister in a wheelchair—and the feelings she harbors for her sister’s husband.

To help support her sister, Eleanor works at a Charleston investment firm during the day, but she escapes into her music, playing piano at a neighborhood bar. Until the night her enigmatic boss walks in and offers her a part-time job caring for his elderly aunt, Helena, back on Edisto. For Eleanor, it’s a chance to revisit the place where she was her happiest—and to share her love of music with grieving Helena, whose sister recently died under mysterious circumstances.

An island lush with sweetgrass and salt marshes, Edisto has been a peaceful refuge for Helena, who escaped with her sister from war-torn Hungary in 1944. The sisters were well-known on the island, where they volunteered in their church and community. But now Eleanor will finally learn the truth about their past: secrets that will help heal her relationship with her own sister—and set Eleanor free....

Praise For The Time Between…

Praise for The Time Between

“From its mesmerizing first scene, The Time Between propels you into the sun-baked world of the South Carolina Lowcountry, and a childhood tragedy that haunts the lives of two unforgettable sisters in love with the same man. In clear and gorgeous prose, White spins a luminous tale of love and loss, of betrayal and redemption, and of a harrowing family secret buried in the upheaval of the Second World War. This is storytelling of the highest order: the kind of book that leaves you both deeply satisfied and aching for more. No one weaves together the present and the past with greater magic than Karen White.”—New York Times bestselling author of Beatriz Williams

“White...crafts characters who transcend their romantic roles through their frailties and weaknesses.”—Kirkus Reviews

“Set in South Carolina’s idyllic Lowcountry against the bittersweet notes of a piano in mourning and a prophecy spoken in Gullah, The Time Between weaves a story as intricate and sturdy as a sweetgrass basket, with the fresh, magnetic voices of its headstrong characters.”—ArtsATL

“The relationship between sisters is a little piece of heaven and hell. But we share the same soul.” Do you agree with Helena’s sentiment? How does this idea unfold over the course of the novel for each pair of sisters? Why is this relationship so complicated, so special? Are our siblings an extension of us?

From Eve’s difficult pregnancy and Glen’s and Ellie’s affections, to Helena’s and Bernadette’s wartime tragedies, every character in the story seems to carry a burden of secrets. How do these secrets shape the story? Does airing them set the characters free?

Why does Eve wish for a child? Do you think it is wise or fair, knowing the risks? What trumps her own safety in her heart?

In the novel, we spend a lot of time moving in and out of Gigi’s, Helena’s, and Bernadette’s bedrooms—what do these rooms say about the characters? Do you think this room defines or il-lustrates our lives?

What did you think was hidden in Bernadette’s bedroom?

Why are the Gullah sweetgrass baskets, like the “secret keep-er,” so significant? What kind of magic do you think is woven into them at the time of their creation?

How do Helena and Ellie mirror each other in terms of the guilt they feel over the past? Is forgiveness possible for either one?

Why do you think the author chose the title The Time Between? What does it mean in the context of the story?

How does Ellie’s caretaking of Helena transform them, even heal them, both? Why does Ellie stick with the job as Helena works to sabotage any relationship? When do things start to change?

Did you suspect any of the twists in the book? Which ones? From where did you think the paintings originated?

Were you shocked by the revelations about Ben’s and Samuel’s fates? Could you ever imagine having to make such a set of life-or-death choices—especially as a mother? Does knowing this background help you make sense of Helena’s behavior? Do you think she did the “right” thing?

What does the Gullah woman mean by “All good-bye ain’t gone”? What does it mean to Ellie? To Gigi?

What does it mean for Ellie to finally play the Chopin piece?