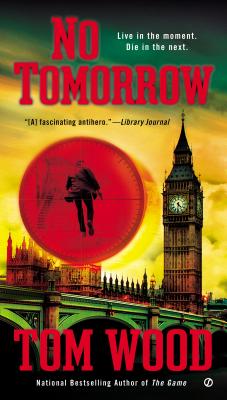 Victor the assassin returns in the new novel from the author of The Killer, The Enemy, and The Game...

THE JOB IS SIMPLE

When Victor is called to meet with an old friend who ultimately betrayed him, what he thought was an ambush is in fact a plea for help. As a Russian gangster, Norimov is accustomed to death threats, but now an unknown enemy wants more than his life. They intend to kill everyone he cares about, including his missing daughter Gisele. This time, Victor’s job is not to kill but to protect. Unfortunately, locating Gisele is his first mistake—because someone is watching his every move.

Before she went into hiding, Gisele had uncovered a secret worth killing for—and now Victor has brought the enemy right to her doorstep. The least he can do is help her escape. But the ruthless network they’re up against has the police, MI5, and every major news outlet joining in the manhunt across London.

Tom Wood was born and raised in Staffordshire, England, and now lives in London. He is the national bestselling author of a series of thriller novels featuring Victor the Assassin, including The Killer, The Game and The Enemy, as well as the novella Bad Luck in Berlin.

Praise For No Tomorrow (Victor #4)…

“Tom has done his research and it shows. Tactical accuracy, globetrotting locales, and plenty of twists to keep you guessing to the last page, The Enemy makes James Bond look like a wannabe.”
—Brad Taylor, national bestselling author of Enemy of Mine

“Exciting and thrilling from beginning to end…Definitely recommended for readers who enjoy their action nonstop and unpredictable.”—Mysterious Reviews

“A truly great read featuring an unforgettable character….This is a thriller to the ‘nth’ degree….Readers will crave to see this one appear on the big screen.”—Suspense Magazine