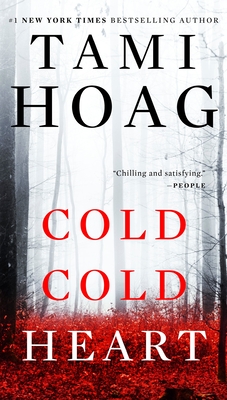 A thrilling novel from #1 New York Times bestselling author Tami Hoag, “one of the most intense suspense writers around” (Chicago Tribune).

Dana Nolan was a promising young TV reporter until a notorious serial killer tried to add her to his list of victims. Nearly a year has passed since she survived her ordeal, but the physical, emotional, and psychological scars run deep. Struggling with the torment of post-traumatic stress syndrome, plagued by flashbacks and nightmares, Dana returns to her hometown in an attempt to begin to put her life back together. But home doesn’t provide the comfort she expects.

Dana’s harrowing story and her return to small-town life have rekindled police and media interest in the unsolved case of her childhood best friend, Casey Grant, who disappeared without a trace the summer after their graduation from high school. Terrified of truths long buried, Dana reluctantly begins to look back at her past. Viewed through the dark filter of PTSD, old friends and loved ones become suspects and enemies. Questioning everything she knows, refusing to be defined by the traumas of her past, Dana seeks out a truth that may prove too terrible to be believed...

“One of the most intense suspense writers around.”—Chicago Tribune

“One of the hottest names in the suspense game.”—People

“Ms. Hoag knows how to take her readers on a frightening ride.”—New York Journal of Books

“A chilling thriller with a romantic chaser.”—New York Daily News

“Leave[s] the reader panting and turning the pages as fast as possible.”—The Boston Globe

TAMI HOAG is the #1 international bestselling author of more than thirty books. There are more than forty million copies of her books in print in more than thirty languages. Renowned for combining thrilling plots with character-driven suspense, Hoag first hit the New York Times bestseller list with Night Sins, and each of her books since has been a bestseller. She lives in California.
Loading...
or support indie stores by buying on
(This book is on backorder)