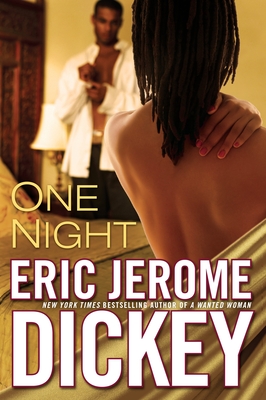 A pair of strangers has twelve hours to relish the night of their lives in a novel that “has taken the anonymous one-night-stand relationship into the realm of art” (Publishers Weekly) from New York Times bestselling author Eric Jerome Dickey.

On a cold and rainy night during the Christmas season, a woman who has suffered great personal loss and a successful businessman from Orange County meet by chance at a gas station in Los Angeles County. They have nothing in common, but as they engage in conversation and move from con games to assault to robberies, within hours they end up sequestered in an upscale hotel room. During intimacy, they continue to confide in each other and try to come to grips with their problems and their seasonal loneliness. For one night, their passion is boundless, but with every tick of the clock, their separate pasts close in. They push the limits of time, devotion, and even the law as they attempt to catch a glimpse of the future. They need each other for a lifetime but will have only one night.

Praise For One Night…

Praise for One Night

“Must-read romance...A cerebral, sometimes sensual, sometimes suspenseful, and quite a memorable ride.”—USAToday.com's Happy Ever After

“If I wore a hat, I would take it off for Eric Jerome Dickey... Dickey ratchets up the plot in ways that are both risqué and rewarding. He uses the power of dialogue to give us greater shades of a character's motivation.”—Essence

“[With] lyrical use of repetition and dynamic imagery...Dickey has taken the anonymous one-night stand into the realm of art.”—Publishers Weekly, starred review