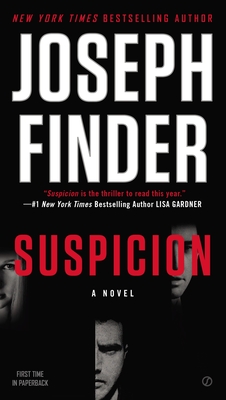 One bad choice gets a father caught up in a deadly situation in this electrifying thriller from New York Times bestselling author Joseph Finder.

Single father Danny Goodman suddenly finds himself unable to afford the private school his daughter adores. Then Danny meets Thomas Galvin, the father of his daughter's new best friend and one of the wealthiest men in Boston. Out of the blue Galvin offers a loan to help Danny out. Desperate, he takes the money, promising to pay it back.

But the moment the money is wired into his account, the DEA comes knocking. Danny’s impossible choice: an indictment for accepting drug money, or a treacherous assignment to help the government get close to his new best friend.

As Danny begins to lie to everyone in his life, including those he loves most, he must decide once and for all who the real enemy is or risk losing everything—and everyone—that matters to him.

“A novel that is as timely and cognizant of contemporary society as it is a startling seat of the pants thrill ride.”—Michael Connelly, #1 New York Times bestselling author

“When you’re caught within the propulsive pages of [this] neatly constructed novel you pretty much just give yourself over to it.”—Boston Globe

“Suspicion is arguably Joseph Finder's best novel to date, and he's one of the best thriller writers in the business. He’s a master.”—Associated Press

Joseph Finder is the New York Times bestselling author of several novels, including The Switch, Guilty Minds, The Fixer, Suspicion, Vanished, and Buried Secrets. Finder’s international bestseller Killer Instinct won the International Thriller Writers's Thriller Award for Best Novel of 2006. Other bestselling titles include Paranoia and High Crimes, which both became major motion pictures. He lives in Boston.
Loading...
or support indie stores by buying on