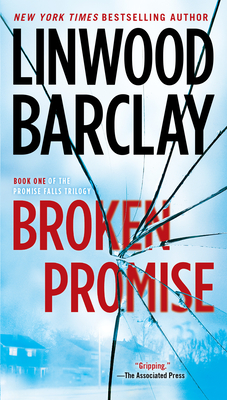 After his wife’s death and the loss of his job, David Harwood moves back into his childhood home in Promise Falls, New York—where he comes across a shocking family secret.

David finds his cousin Marla, raising a child who is not her own—a baby she claims was a gift from an “angel” left on her porch. When the baby’s real mother is found murdered, David can’t help wanting to figure out what happened—even if it means proving his cousin’s guilt.

Marla’s mysterious child is just the tip of the iceberg. Other strange things are happening. An abandoned Ferris wheel stands as an ominous warning. And someone has decided that the entire town must pay for the sins of its past....

“A true master is back on the scene, and this is another book that can go directly into the suspense lover’s hall of fame.”—Suspense Magazine

“An exciting start to a new series set in Promise Falls.”—Library Journal

“The story is fascinating and the characters are intriguing.”—The Associated Press

“No one can thrill you and chill you better than Linwood Barclay.”—Tess Gerritsen

Linwood Barclay is the New York Times and #1 international bestselling author of twelve critically acclaimed novels, including No Safe House, A Tap on the Window, Trust Your Eyes, which has been optioned for film, Never Look Away, which has been optioned for television, and No Time for Goodbye.
Loading...
or
Not Currently Available for Direct Purchase