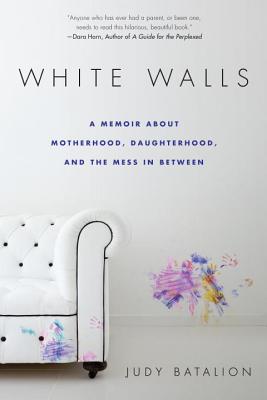 A Memoir About Motherhood, Daughterhood, and the Mess In Between

A memoir of mothers and daughters, hoarding, and healing.

Judy Batalion grew up in a house filled with endless piles of junk and layers of crumbs and dust; suffocated by tuna fish cans, old papers and magazines, swivel chairs, tea bags, clocks, cameras, printers, VHS tapes, ballpoint pens…obsessively gathered and stored by her hoarder mother. The first chance she had, she escaped the clutter to create a new identity—one made of order, regimen, and clean white walls. Until, one day, she found herself enmeshed in life’s biggest chaos: motherhood.

Confronted with the daunting task of raising a daughter after her own dysfunctional childhood, Judy reflected on not only her own upbringing but the lives of her mother and grandmother, Jewish Polish immigrants who had escaped the Holocaust. What she discovered astonished her. The women in her family, despite their differences, were even more closely connected than she ever knew—from her grandmother Zelda to her daughter of the same name. And, despite the hardships of her own mother-daughter relationship, it was that bond that was slowly healing her old wounds.

Told with heartbreaking honesty and humor, this is Judy’s poignant account of her trials negotiating the messiness of motherhood and the indelible marks that mothers and daughters make on each other’s lives.

Praise For White Walls: A Memoir About Motherhood, Daughterhood, and the Mess In Between…

“A beautiful memoir…[It] tells the story of mother-daughter relationships in a way that is fresh, honest, sad, and funny all at the same time.”—Bustle

“Batalion is a talented writer who balances the ups and downs, shares humor and heartbreak. Her sentences are beautiful: sometimes emotional, sometimes making you laugh out loud.”—Mayim Bialik on GrokNation.com (inaugural book club pick)

“Told in a style that is anxiously charming, Batalion’s memoir asks what it means to love both our parents and to be free from their wreckage.”—Los Angeles Review of Books

“Beautifully written…White Walls is a sophisticated, daring take on the effects of the Holocaust, and Batalion represents an important voice on contemporary Jewish identity.”—The Jerusalem Post

“A gorgeously textured, beautifully crafted book that touches the heart, tenderly, with laughter and with wonder, even as it reminds us of the strange, unyielding, often magical force of family in our lives.”—Jay Neugeboren, author of Imagining Robert and Transforming Madness

“Honest, difficult, and perfect. Batalion’s sharp wit and hard-earned wisdom provide the reader with hope that we can all somehow find it in ourselves to embrace the inevitable chaos and change that comes with living an imperfect  life.”—Nicole Knepper, LCPC, author of Moms Who Drink and Swear

“Sharp, quick, funny, but the kind of funny that sometimes has you feeling kicked in the stomach and teary with the delight of recognition…Part Nora Ephron, part Woody Allen.”—Honor Moore, author of The Bishop’s Daughter

“This is a modern woman’s look at how we construct who we are—both through conscious, painstaking effort, as well as through acknowledging and embracing the comforting, familiar, and routine flows of our family histories.”—Library Journal

Judy Batalion grew up in Montreal. She studied at Harvard before moving to London, where she worked as a curator by day and a comedian by night. She now lives with her husband and daughters in New York.
Loading...
or
Not Currently Available for Direct Purchase