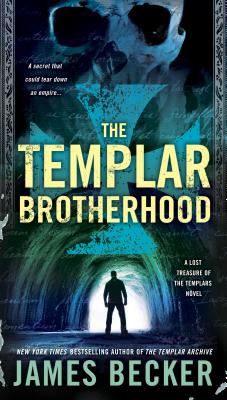 The Templar Brotherhood (The Lost Treasure of the Templars #3)

Having barely escaping the crosshairs of a deadly cult, Robin Jessop and David Mallory crisscross Europe, seeking to unlock the truth behind a conspiracy unresolved for seven hundred years—the mystery of what has given the enigmatic Templars their unwavering power.

Infiltrating the group’s vast archives, Jessop and Mallory make a startling find. An ancient Templar passport hints at a sacred mission: the transportation of a priceless treasure, an artifact of incomprehensible value. Delving through centuries of clues and deception, the two come face-to-face with a secret that could shake Christendom to its core—and cost their own lives along the way.

James Becker spent more than twenty years in the Royal Navy's Fleet Air Arm. Throughout his career he has been involved in covert operations in many of the world's hot spots, including Yemen, Russia, and Northern Ireland. He is the author of The Lost Treasure of the Templars and The Templar Archive as well as the Chris Bronson novels, including The Lost Testament and Echo of the Reich. He also writes action-adventure novels under the name James Barrington and military history under the name Peter Smith in the U.K.
Loading...
or
Not Currently Available for Direct Purchase