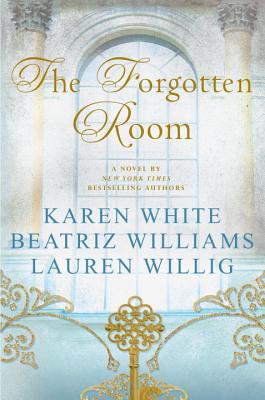 New York Times bestselling authors Karen White, Beatriz Williams, and Lauren Willig present a masterful collaboration--a rich, multigenerational novel of love and loss that spans half a century.... 1945 When critically wounded Captain Cooper Ravenel is brought to a private hospital on Manhattan's Upper East Side, young Dr. Kate Schuyler is drawn into a complex mystery that connects three generations of women in her family to a single extraordinary room in a Gilded Age mansion. Who is the woman in Captain Ravenel's miniature portrait who looks so much like Kate? And why is she wearing the ruby pendant handed down to Kate by her mother? In their pursuit of answers, they find themselves drawn into the turbulent stories of Olive Van Alan, driven in the Gilded Age from riches to rags, who hired out as a servant in the very house her father designed, and Lucy Young, who in the Jazz Age came from Brooklyn to Manhattan seeking the father she had never known. But are Kate and Cooper ready for the secrets that will be revealed in the Forgotten Room? READERS GUIDE INCLUDED

The Forgotten Room has three different stories and three different main characters woven together into one big story, all taking place at the same mansion. Did you like or empathize more with one particular story line or protagonist?

The Forgotten Room is deliberately written as a puzzle—each chapter and character adds another piece to solving the puzzle. At what point did you figure out the truth of what really happened in each story? When did you start to realize the connections between Olive, Lucy, and Kate?

Even though none of the women is an artist, art is one of the important elements that links all three stories and the characters. What kind of role does art play in your life?

As the protagonist who sets everything in motion, Olive’s decision to leave Harry and marry Hans has repercussions for several characters in the generations that follow. Do you think Olive made a mistake in leaving or that she should have trusted Harry? What choice would you have made?

The title refers to the attic room, which has a secret compartment built into the fireplace. Do you have a special place in your home where you keep or hide items?

The complicated relationship between mothers and daughters is a major aspect of the novel, with three generations of women who felt loved but estranged from their mothers. Why do you think that none of them seemed to have been close to her mother? Why do you think neither Olive nor Lucy ever just tell their daughters the truth?