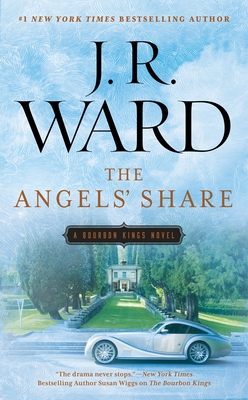 “Downton Abbey meets Dynasty in this richly imagined, captivating family saga,” said USAToday.com about The Bourbon Kings. Now the series continues, as the Bradford family’s facade of privilege and prosperity is threatened by secrets and indiscretions. . . .

The Bradford family is the crème de la crème of high society in Charlemont, Kentucky—just like their exclusive brand of bourbon. But no one is above suspicion once the apparent suicide of the family patriarch begins to look like murder—especially the eldest Bradford son, Edward. The bad blood between his father and him is known far and wide. As the investigation intensifies, he keeps himself busy at the bottom of a bottle—and with two women who may or may not have his best interests at heart...

Then, on the very brink of the family’s demise, someone thought lost to them forever returns to the fold. Maxwell Bradford has come home. But is he a savior . . . or the worst of all the sinners?

J. R. Ward is the author of more than twenty previous novels, including those in her #1 New York Times bestselling series, the Black Dagger Brotherhood. She is also the author of the Black Dagger Legacy series and The Bourbon Kings. There are more than fifteen million copies of Ward’s novels in print worldwide, and they have been published in twenty-six different countries around the world.

“The lush descriptions make Kentucky and the rarefied bourbon aristocracy spring to life . . . an utterly mesmerizing glimpse at the lifestyles of the flawed rich and the famous.”—Fresh Fiction

“Well-drawn characters, razor-sharp dialogue and truly stunning twists and turns kept me turning pages faster than I really wanted to, wishing to savor every nuance of this engrossing novel.”—The Book Review

“There is a little something for everyone: a glimpse into the lifestyles of the Southern aristocracy, murder, mystery, sex, and intrigue.”—Lit Buzz

Praise for The Bourbon Kings

“Fantastically and compulsively engrossing, as readers will undoubtedly fall through an irresistible rabbit hole that leads to murder, adultery, kidnapping, embezzlement, sins, lies, and love.”—USAToday.com