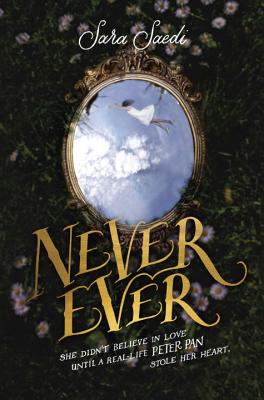 Wylie Dalton didn’t believe in fairy tales or love at first sight. Then she met a real-life Peter Pan.

When Wylie encounters Phinn—confident, mature, and devastatingly handsome—at a party the night before her brother goes to juvie, she can’t believe how fast she falls for him. And that’s before he shows her how to fly. Soon Wylie and her brothers find themselves whisked away to a mysterious tropical island off the coast of New York City where nobody ages beyond seventeen and life is a constant party. Wylie’s in heaven: now her brother won’t go to jail and she can escape her over-scheduled life with all its woes and responsibilities—permanently. But the deeper Wylie falls for Phinn, the more she begins to discover has been kept from her and her brothers. Somebody on the island has been lying to her, but the truth can’t stay hidden forever.

Praise For Never Ever…

Praise for Never Ever:

"An edgy thrill ride . . . a cleverly repackaged Peter Pan for teens, with characters and subplots that beg for a sequel."--School Library Journal

"A shockingtwist awaits the reader, giving this just enough to separate it from other Peter Pan offshoots."--Booklist

"This is a twisted tale of Peter Pan [but] Saedi, in her debut novel, creates an original, fantastical world for her lost children."--VOYA

"[A] nifty twist [and a] cliffhanger ending."--Publishers Weekly

Sara Saedi was born in Tehran, Iran smack-dab in the middle of a war and an Islamic Revolution. As the story goes, she entered the world to the sounds of bombs exploding near the hospital. Though her memory of the day is a little fuzzy, the life and death stakes surrounding her birth helped prepare her for a writing career. Sara received a B.A. in Film and Mass Communications from the University of California, Berkeley and began her career as a creative executive for ABC Daytime. In 2010, she left the company to pursue her dream of being a writer. She's since penned three TV movies for ABC Family, won a Daytime Emmy for What If..., a web series she wrote for ABC, and worked as a staff writer on the FOX sitcom The Goodwin Games. Most recently, she wrote a pilot for The Disney Channel and sold her debut YA novel Never Ever to Viking Children's Books for publication in summer 2016. She currently resides in Los Angeles with her husband and her pug, Mabel.
Loading...
or
Not Currently Available for Direct Purchase