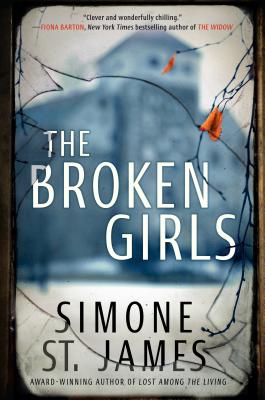 The “clever and wonderfully chilling” (Fiona Barton) suspense novel from the award-winning author of The Haunting of Maddy Clare...

Vermont, 1950. There's a place for the girls whom no one wants—the troublemakers, the illegitimate, the too smart for their own good. It's called Idlewild Hall. And in the small town where it's located, there are rumors that the boarding school is haunted. Four roommates bond over their whispered fears, their budding friendship blossoming—until one of them mysteriously disappears...

Vermont, 2014. As much as she's tried, journalist Fiona Sheridan cannot stop revisiting the events surrounding her older sister's death. Twenty years ago, her body was found lying in the overgrown fields near the ruins of Idlewild Hall. And though her sister's boyfriend was tried and convicted of murder, Fiona can't shake the suspicion that something was never right about the case.

When Fiona discovers that Idlewild Hall is being restored by an anonymous benefactor, she decides to write a story about it. But a shocking discovery during the renovations will link the loss of her sister to secrets that were meant to stay hidden in the past—and a voice that won't be silenced...

“St. James’ riveting genre-blender combines a supernatural tale with intertwined mysteries from the 1950s and today…This horror-tinged mystery is frighteningly believable, peopled with feisty characters, and features top-notch dialogue. St. James… might have another prizewinner on her hands.”—Booklist (starred review)

“[A] creepy, supernatural mystery….[In] this page-turner, the secrets Fiona uncovers lead to a terrifying conclusion that has less to do with the paranormal and more to do with the evil that men do.”—Shondaland.com

Simone St. James is the award-winning author of Lost Among the Living; The Other Side of Midnight; Silence for the Dead; An Inquiry into Love and Death, which was shortlisted for the Arthur Ellis Award for Best Novel from Crime Writers of Canada; and The Haunting of Maddy Clare, which won two RITA Awards from Romance Writers of America and an Arthur Ellis Award from Crime Writers of Canada. She wrote her first ghost story, about a haunted library, when she was in high school, and spent twenty years behind the scenes in the television business before leaving to write full-time.
Loading...
or
Not Currently Available for Direct Purchase