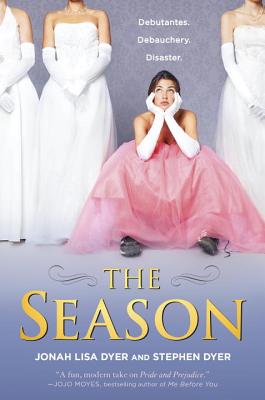 “A fun, modern take on Pride and Prejudice.”—Jojo Moyes, bestselling author of Me Before You

In this hilarious reboot of Pride and Prejudice, Megan McKnight is a soccer star with Olympic dreams. When her Southern belle mother secretly enters her as a debutante for the 2016 deb season in their hometown of Dallas, she’s furious—and has no idea what she’s in for.

Megan’s attitude swiftly gets her on probation with the mother hen of the debs, and she’s given a month to prove she can ballroom dance, display impeccable manners, and curtsey like a proper Texas lady or she’ll get the boot and disgrace her family. The perk of being a debutante, of course, is going to parties, and it’s at one of these lavish affairs where Megan gets swept off her feet by the debonair and down-to-earth Hank Waterhouse.  If only she didn’t have to contend with a backstabbing blonde and her handsome but surly billionaire boyfriend, Megan thinks, being a deb might not be so bad after all. But that’s before she humiliates herself in front of a room full of ten-year-olds, becomes embroiled in a media-frenzy scandal, and gets punched in the face by another girl.

The season has officially begun…but the drama is just getting started. Find out for yourself why this pitch-perfect blend of scandal, romance, and humor is being hailed as the best Austen adaptation since Clueless.

Praise For The Season…

Raves for The Season:

“The Season is a fun, modern take on Pride and Prejudice, perfect for girls who know there is more to life than how you look.”—Jojo Moyes, bestselling author of Me Before You

"Austen fans will enjoy recognizing classic Pride and Prejudice moments and appreciate the message about staying true to oneself."—Publishers Weekly

Originally from Texas, Stephen & Jonah Lisa Dyer live with their two children in rural Idaho, in the shadow of the Tetons.  Per county regulations, they also have a shelter dog and a Subaru.
Loading...
or
Not Currently Available for Direct Purchase