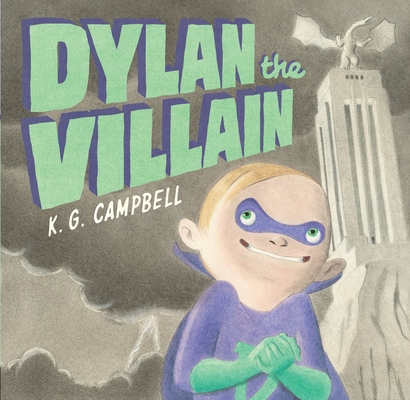 A surprising and laugh-out-loud showdown between two pint-sized super-villains, perfect for young fans of Despicable Me.

Praise For Dylan the Villain…

"Readers will easily pick up on the satiric notes in Campbell’s comedy, and his jaunty, vivid characters will remind some of them of a Pixar film."--Publishers Weekly

"A playful take on first experiences with competition."--Booklist

"Young fans of Disney TV’s The Descendants and kids who adore the cinematic Minions will find the villainous Dylan particularly appealing."--The Bulletin of the Center for Children's Books

"The well-paced narrative’s comedic timing reinforces the absurdity of the premise."--The Horn Book

One of Scholastic Teacher's 50 Sensational Books of Summer

K. G. Campbell was born in Kenya, but raised and educated in Scotland. He graduated from the University of Edinburgh with a Masters in Art History, but various misadventures led him ultimately to Los Angeles, California. He is the author and illustrator of Lester’s Dreadful Sweaters and The Mermaid's Shoe, and the illustrator of Tea Party Rules, as well as the Newbery Award winner Flora and Ulysses: The Illuminated Adventures. Follow K.G. on Twitter @KGCampbell2 or visit him at http://kgcampbell.com/.
Loading...
or
Not Currently Available for Direct Purchase