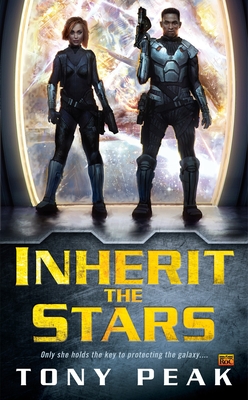 An epic debut set on the edges of space, where one botched job could mean death—or so much worse…

Wanderlust runs in Kivita Vondir’s blood. She dreamed of salvaging like her father when she was young, and now it’s her addiction, getting her through pit stops filled with cheap alcohol and cheaper companionship and distracting her from her broken heart.

Her latest contract to hunt down a fabled gemstone is exactly the kind of adventure she craves. But this job is more than meets the eye. For one thing, her duplicitous employer has hired rebel Sar Redryll—Kivita’s former lover—to stop her at any cost. For another, Kivita’s recovery of the relic unleashes in her powerful new abilities. Abilities that everyone in the Cetturo Arm—human, alien, and in-between—desperately wishes to control…

As she avoids a massive galactic manhunt, Kivita teams up with two unlikely allies: Sar and his enigmatic new partner. Only, as the gem’s mysteries are revealed and danger draws near, Kivita begins to wonder if her ex has truly changed, or if he’s just waiting for the right moment to betray her once again…

Praise For Inherit the Stars…

“[A] slam-bang SF-quest novel…The central will they/won’t they romance may remind readers of Princess Leia and Han Solo.”—Publishers Weekly

“More than just a space opera adventure, this debut folds in elements of romance, galaxy-spanning worldbuilding, and suspense...Suggest to readers who enjoy lighter space operas such as those by Jody Lynn Nye or Elizabeth Moon.”—Library Journal

Tony Peak’s work appears in eighteen different speculative fiction publications and anthologies. He is an Active Member of the SFWA and an Affiliate Member of the HWA. He possesses a keen interest in progressive thinking, wine, history, Transhumanism, and planetary exploration. Inherit the Stars is his first novel.
Loading...
or support indie stores by buying on