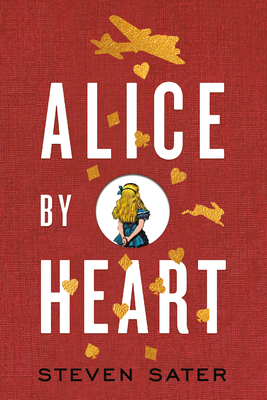 &nbsp;&nbsp;&nbsp;&nbsp; What follows is a stunning, fantastical journey that blends Alice's two worlds: her war-ravaged homeland being held together by nurses and soldiers and Winston Churchill, and her beloved Wonderland, a welcome distraction from the bombs and the death, but a place where one rule always applies: the pages must keep turning. But then the lines between these two worlds begin to blur. Is that a militant Red Cross Nurse demanding that Alice get BACK. TO. HER. BED!, or is it the infamous Queen of Hearts saying...something about her head? Soon, Alice must decide whether to stay in Wonderland forever, or embrace the pain of reality if that's what it means to grow up.

&nbsp;&nbsp;&nbsp;&nbsp; In this gorgeous YA adaption of his off-Broadway musical, the Tony Award-winning co-creator of Spring Awakening encourages us all to celebrate the transformational power of the imagination, even in the harshest of times.

Author Bio: Steven Sater won Tony Awards for Best Book and Best Score, the Grammy Award for Best Musical Show Album, as well as the Olivier Award for Best New Musical for Spring Awakening. His other musicals include Alice By Heart (National Theatre of London, MCC); The Nightingale (La Jolla Playhouse); Prometheus Bound (music by Serj Tankian, A.R.T.); Some Lovers (music by Burt Bacharach, the Old Globe). His plays include Arms on Fire (Steppenwolf New Play Prize); New York Animals (Bedlam); and a reconceived musical version of Shakespeare's Tempest (Lyric Hammersmith). Additionally, Sater works as a poet, screenwriter, and a pop lyricist. He has created television projects for HBO, Showtime, FX, and NBC, and is currently creating a musical TV pilot for Amazon.
Loading...
or
Not Currently Available for Direct Purchase