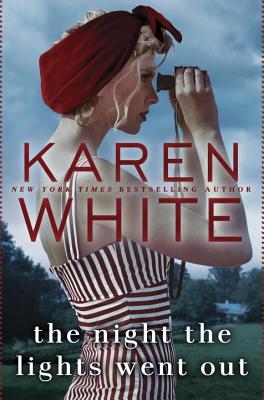 The Night the Lights Went Out

From the New York Times bestselling author of the Tradd Street series comes a stunning novel about a young single mother who discovers that the nature of friendship is never what it seems....

Recently divorced, Merilee Talbot Dunlap moves with her two children to the Atlanta suburb of Sweet Apple, Georgia. It’s not her first time starting over, but her efforts at a new beginning aren’t helped by an anonymous local blog that dishes about the scandalous events that caused her marriage to fail.

Merilee finds some measure of peace in the cottage she is renting from town matriarch Sugar Prescott. Though stubborn and irascible, Sugar sees something of herself in Merilee—something that allows her to open up about her own colorful past.

Sugar’s stories give Merilee a different perspective on the town and its wealthy school moms in their tennis whites and shiny SUVs, and even on her new friendship with Heather Blackford. Merilee is charmed by the glamorous young mother’s seemingly perfect life and finds herself drawn into Heather's world.

In a town like Sweet Apple, where sins and secrets are as likely to be found behind the walls of gated mansions as in the dark woods surrounding Merilee’s house, appearance is everything. But just how dangerous that deception can be will shock all three women....

Praise For The Night the Lights Went Out…

Praise for The Night the Lights Went Out

“If Big Little Lies met To Kill A Mockingbird and had a compulsively readable love child, that book would be The Night the Lights Went Out. I couldn't stop reading!”—Lauren Willig, New York Times bestselling author

"This has got to be one of Karen White’s best books ever. If someone doesn’t option it for a movie, they are missing out!"--The Pilot

“A book that is hard to put down until the last secret is uncovered and the last mystery resolved....The true beauty of White’s writing comes in her creation of characters....[It] is one of the most satisfying stories you will read all summer long. The payoff is that good, and the pleasure of White’s words that intense.”—The Huffington Post

“An absorbing story of family relationships and their secrets...captivating.”—Cherokee Tribune (GA)

“White is known for her evocative portrayal of Southern settings, and you won’t have to leave your armchair to feel transported.”—The Augusta Chronicle (GA)

“You’ll come away knowing a little more about a lot of things, as well as being superbly entertained.”—The Florida Times-Union

“Vividly explores the relationship between two sisters within a mystery backdrop...an intense and complex story. Readers will be drawn into the plot from the first page. They will take the journey with the characters, trying to unravel the mystery of the family’s secrets and relationships that have been affected by the past.”—Military Press

Karen White is the New York Times bestselling author of more than twenty novels, including the Tradd Street series, The Night the Lights Went Out, Flight Patterns, The Sound of Glass, A Long Time Gone, and The Time Between. She is the coauthor of The Forgotten Room with New York Times bestselling authors Beatriz Williams and Lauren Willig. She grew up in London but now lives with her husband and two children near Atlanta, Georgia.
Loading...
or
Not Currently Available for Direct Purchase