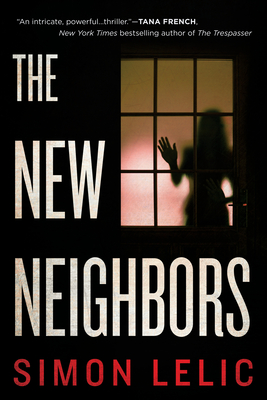 The Girl Before meets The Couple Next Door in a Hitchcockian thriller about a couple who moves into their dream neighborhood only to discover nothing is as it seems...

Londoners Jack and Syd found their dream home: lots of space, a great location, and a friendly owner who wanted a young couple to have it.

Everything is exactly what they hoped for when they move in--except Jack makes a disturbing discovery in the attic, and Syd begins to wonder about the girl next door. And they each keep the other in the dark.

Because someone has just been killed outside their back door, and now the police are watching them.

This is their chance to prove they're innocent--or to get away with murder.

Whose story do you believe?

Praise For The New Neighbors…

Praise for The New Neighbors

“An intricate, powerful, and deeply unsettling thriller about the profound ways in which cruelty can change its survivors, and the creeping fear that nothing—not your home, not love, not even your own mind—is as rock-solid and impregnable as we all want to believe.”—Tana French, New York Times bestselling author of The Trespasser

“This terrifying thriller sent shivers through me!”—Jane Corry, author of My Husband's Wife

“A raw, tightly wound thrill ride, a nightmare scenario about a home purchase that goes horribly wrong. And then some. This is a fast-paced, intense, and creepy novel that you won't be able to put down until you reach the end.”—David Bell, bestselling author of Bring Her Home

“A masterpiece of duplicity, a psychological thriller of the highest order, in which the characters not only lie to each other and to everyone around them, they lie to themselves. With two highly unreliable narrators digging themselves deeper in every chapter, fans of he said/she said suspense will love this tense and gripping story. Highly recommended!”—Karen Dionne, author The Marsh King's Daughter

“Lelic's latest is riveting enough to keep readers turning the pages as he leaves them guessing. Skillfully crafted, the intricate plot is filled with raw, honest emotion...this spellbinding thrill of a read will keep readers on the edge of their seats.”—RT Book Reviews

“The New Neighbors is about as difficult a book to put down as you can find...Simon Lelic’s writing is simply ingenious, and you will have to decide who’s the victim in this story.”—BookReporter.com

Simon Lelic is a former journalist and the author of the award-winning A Thousand Cuts as well as the critically acclaimed The Facility and The Child Who. The New Neighbors is his first psychological thriller, inspired by a love of Alfred Hitchcock and Stephen King. Simon lives with his wife and three children.
Loading...
or
Not Currently Available for Direct Purchase