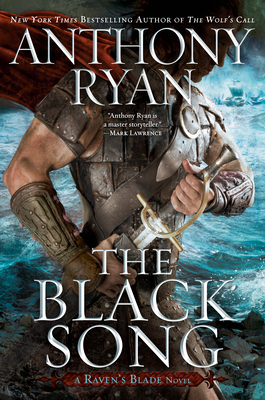 Praise For The Black Song (Raven's Blade Novel, A #2)…

“Both returning readers and those new to the series will be drawn in by the expert worldbuilding, crackling dialogue, gripping action, and subtle shifts of the political chessboard.” – Publishers Weekly (starred review)

“Gripping and exciting.”—The Quill to Live

Anthony Ryan is the author of the Raven's Shadow novels, including Blood Song, Tower Lord and Queen of Fire, and the Draconis Memoria novels, including The Waking Fire, The Legion of Flame and The Empire of Ashes.
Loading...
or
Not Currently Available for Direct Purchase