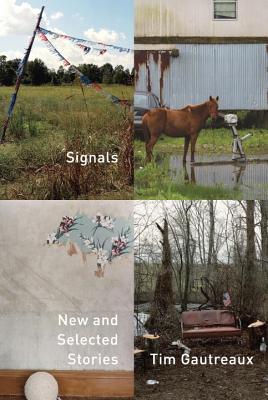 A widely celebrated novelist gives us a generous collection of exhilarating short stories, proving that he is a master of this genre as well. Once again, "he reminds us," wrote The Miami Herald, "that great writing is a timeless art."

After the stunning historical novels The Clearing and The Missing, Tim Gautreaux now ranges freely through contemporary life with twelve new stories and eight from previous collections. Most are set in his beloved Louisiana, many hard by or on the Mississippi River, others in North Carolina and even in midwinter Minnesota. But generally it's heat, humidity, and bugs that beset his people as they wrestle with affairs of the heart, matters of faith, and the pros and cons of tight-knit communities--a remarkable cast of characters, primarily of the working class, proud and knowledgeable about the natural or mechanical world, their lives marked by a prized stereo or a magical sewing machine retrieved from a locked safe, boats and card games and casinos, grandparents and grandchildren and those in between, their experiences leading them to the ridiculous or the scarifying or the sublime; most of them striving for what's right and good, others tearing off in the opposite direction.

“Tim Gautreaux’s Signals is prime reading pleasure, rich and gritty stories of people clawing their way through thickets of thorny problems from rotten children to the ruined landscape, all leavened by wit and the dry humor of a hot and damp climate. Junkyards, intense bourrée games, an object of power in an antique safe, loneliness, white-trash style, Christmas vodka, yeah. What you think about that?” —Annie Proulx

“With searing truthfulness, great humor, and abiding love, Tim Gautreaux reveals how an astonishing variety of hard-bitten, good-hearted working people both shape and are shaped by his beloved and endlessly intriguing Louisiana back country. Signals is the most entertaining and original story collection to come out of the American South in many years.” —Howard Frank Mosher

“Tim Gautreaux has long been one of my favorite writers, a literary artist with his own landscape and a distinctive insight into the human heart that’s both nuanced and wise. He also happens to be—a rare thing, really—as masterful in short forms as in long. Signals, full of stories both old and new and all equally brilliant, makes his mastery abundantly clear.” —Robert Olen Butler

“Tim Gautreaux is a masterful American writer and his new collection a wonder: deeply insightful, comic in the Greek sense of comedy lying close to tragedy, with language that's supple and delightful. A singular accomplishment." —Jeffrey Lent

“Tim Gautreaux never settles for glibness and easy irony; instead, he has the talent and empathy to find the extraordinary in seemingly ordinary lives, rendered in prose that has the precision and memorability of poetry. Signals further confirms that Gautreaux is one of America’s greatest short story writers.” —Ron Rash

“Tim Gautreaux’s stories are richly intricate, brilliantly crafted worlds where humanity is tapped and wisdom springs from the least likely places. Though each is successful and memorable in its own right, his new collection, Signals, sets up a powerful thematic call and response that leaves the reader looking into life with fresh vision and humbled compassion.” —Jill McCorkle

TIM GAUTREAUX is the author of three novels and two earlier short story collections. His work has appeared in The New Yorker, The Best American Short Stories, The Atlantic, Harper's, and GQ. After teaching for thirty years at Southeastern Louisiana University, he now lives, with his wife, in Chattanooga, Tennessee.
Loading...
or
Not Currently Available for Direct Purchase