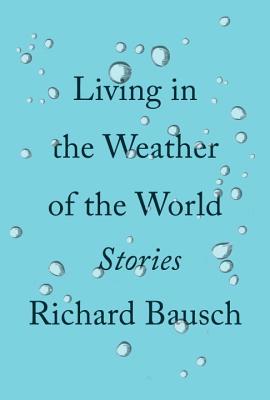 Living in the Weather of the World

In these fourteen indelible stories, Richard Bausch once again proves himself a modern master.

From the prize-winning novelist and universally acclaimed short story writer ("Richard Bausch is a master of the short story" --The New York Times Book Review), thirteen unforgettable tales that showcase his electrifying artistry.
Bausch plumbs the depths of familial and marital estrangement, the violence of suicide and despair, the gulfs between friends and lovers, the complexities of divorce and infidelity, the fragility and impermanence of love. Wherever he casts his gaze, he illuminates the darkest corners of human experience with the bright light of wisdom and compassion, finding grace and redemption amidst sorrow and regret. Bausch's stories are simply extraordinary.

Praise For Living in the Weather of the World: Stories…

"Stunning... Bausch's latest book... puts the reader in mind of Flannery O'Connor's ability to open out a story into dangerous, unknown territory. And like O'Connor, Bausch is able to pull a story back from melodrama, no matter how sudden or dramatic the turn of events...That Bausch can delivery such convincing humanity, no matter the initial angle of ascent, is a testament to his powers of technique and observation."
—Dominic Smith, The New York Times Book Review


"This superb collection of short fiction by Bausch offers readers a disturbing portrait of contemporary America...Plumbing a nation that has lost its sense of purpose and direction, these stories chart the emotional and psychological dmage that is produced by experiences under these conditions. Enthusiastically recommended for fans of literary fiction."
—Library Journal (starred review)


"Resonant and entertaining...Populated with believable characters that you care about...Bausch's stories portray marriage, love and infidelity with the same insight, empathy and wit that he has for the lives of servicemen...Bausch deftly imbues his characters with enough depth to make a commonplace story something unique and emotionally thrilling...His writing is uncluttered, and every word feels perfect. The stories here aren't just entertaining; they demonstrate just how exciting and resonant realistic short fiction can be."
—Houston Chronicle


"[Bausch] makes piercing miniaturizations. In his spare prose, Bausch leaves as much to the imagination as he puts in. He also abides by Irish short story writer Frank O’Connor’s dictum of occasionally having the end of a story come down like a kite out of wind - with a bang of surprise...Every one of these stories is a treasure...Read “Living in the Weather of the World” and see if it doesn’t give you some new ideas of how to deal with misery and love."
—The Buffalo News

RICHARD BAUSCH is the author of twelve novels and eight volumes of short stories. He is a recipient of the PEN/Malamud Award, a National Endowment for the Arts Fellowship, a Guggenheim Fellowship, the Lila Wallace Reader's Digest Award, and the Literature Award from the Academy of Arts and Letters. His work has appeared in The New Yorker, The Atlantic, Esquire, Playboy, GQ, Harper's Magazine, and other publications and has been featured in numerous best-of collections, including The O. Henry Prize Stories, Best American Short Stories, and New Stories from the South. He is a graduate of Iowa's MFA program and is currently a professor of English at Chapman University in Orange, California.
Loading...
or
Not Currently Available for Direct Purchase