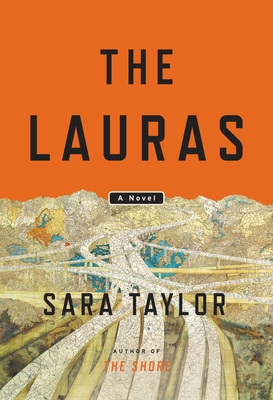 Shortlisted for the 2017 Sunday Times Young Writer of the Year

After a fight with Alex’s father, Ma pulls Alex out of bed and onto a pilgrimage of self-discovery through her own enthralling past. Guided by a memory map of places and people from Ma’s life before motherhood, the pair travels from Virginia to California, each new destination and character revealing secrets, stories, and unfinished business. As Alex’s coming-of-age narrative unfolds across the continent, we meet a cast of riveting and heartwarming characters including brilliant Annie, who seeks the help of Ma and Alex to escape the patriarchal cult in which she was raised, and the tragic young Marisol, whose dreams of becoming a mother end in heartbreak.

Slowly, Alex begins to realizes that the road trip is not a string of arbitrary stops, but a journey whose destination is perhaps Ma’s biggest secret of all. Told from the perspective of Alex, a teenager who equates gender identification with unwillingly choosing a side in a war, and written with a stunningly assured lyricism, The Lauras is a fearless study of identity, set against the gorgeously rendered landscape of North America.

Born in rural Virginia, Sara Taylor is the author of The Shore, which was long listed for the Baileys Women's Fiction Prize and shortlisted for the Guardian First Book Award and the Sunday Times Young Writer of the Year.

Praise For The Lauras: A Novel…

Praise for The Lauras:

“As for the one we just couldn’t put down: That would be The Lauras, by award-winning writer Sara Taylor, who gives the road trip narrative a new spin that seriously breathes new life back into the overall genre.” – Refinery29, "Best Reads of August"

"The writer’s clear-eyed, honest portrayal of the nuances of sexuality in general is striking. She demonstrates the relationship between our mind and our bodies, our desires bound up with ancient memories and triggers...This book describes the lifestyles and realities of those at the bottom on the economic pile—those on the run, sleeping in cars and working in motels, who shop at the Salvation Army and drink endless coffee refills at greasy roadside diners—with great empathy, giving complexity and dignity to those often ignored or caricatured.” – New York Journal of Books

“If road trips transport you, jump into Sara Taylor’s dazzling novel The Lauras (Hogarth), about a mother and gender-fluid child discovering each other.” – Elle

“Taylor’s resplendent prose evoke the emotional journey of making peace with the past, the sanctuary that is driving in a car with the windows down, radio at full blast and the sense of timelessness inherent in days measured only by fuel and miles.” – Atlanta Journal Constitution

“[Sara Taylor] has been compared to authors like Margaret Atwood, David Mitchell, James Baldwin, and Jennifer Egan — but even without such impressive praise, Sara Taylor’s second novel, The Lauras, isn’t one you’ll want to miss.” – Bustle

“Alex’s ambiguous, aching forays into the realms of sexuality and human relations speak to universal truths about trust as well as lust… Taylor gives her narrator a singular voice and dares the world to listen.” – Kirkus

“Sara Taylor’s The Lauras…just persuaded me even more that Taylor is a writer of real gravitas and potency. It feels, to read her, uncanny – a bit reminiscent of reading early Atwood three decades ago. She’s a writer whose talent, a fusion of sure-footed, calm and uncompromising, is both quiet and prodigious.” – Ali Smith, author of How to Be Both and Autumn

“A beautiful, irreverent meditation of self, sexuality and growing up. On each stop of the trip is a woman named Laura. Each has played a part in Alex’s mother’s fractured past, and together they reveal how many people we sometimes need to make a love story.” – Heather O’Neill, author of The Lonely Hearts Hotel

"The Lauras is a fine achievement, engrossing, original and eloquent, and Taylor has more than fulfilled the promise of The Shore." – The Guardian

"Exceptionally moving…Taylor’s prose is remarkable; both intense and expansive, both precise and wonderfully sfumato. …That such a sophisticated book has such a simple message is a joy." – The Scotsman

"Elegiac and beautifully observed…It is such acute observations of her imaginary world that saw Taylor’s debut novel, The Shore, long listed for the Bailey’s prize, and it should be no great surprise to find her second novel following in its footsteps." – The Observer