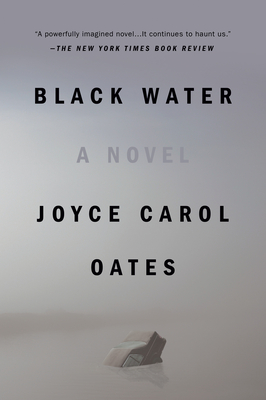 “Its power of evocation is remarkable.” —The New Yorker

In the midst of a long summer on Grayling Island, Maine, twenty-six-year-old Kelly Kelleher longs for something interesting to happen to her—something that will make her finally feel some of what she imagines other people must feel when they watch the fireworks explode off the beach. So when Kelly meets The Senator at an exclusive party and he asks her to go back to a hotel room on the main island with him, she says yes. Even though the senator is old enough to be her father, even though he has perhaps been drinking too heavily to get behind the wheel, the danger of saying yes is an inevitable and even exciting part of the adventure Kelly is finally going to have.

However, as The Senator’s car whips around the island’s roads and eventually crashes through a guardrail, it becomes clear to Kelly and the reader that this man embodies a wholly different and more sinister type of danger, one much larger and harder to contain than the horrible events that unfold as Kelly is left in the sinking car. Black Water is a chilling meditation on power, trust, and violation and a timeless classic from one of America’s foremost storytellers.

“Intense...signals another frontier opened with the sword of a master storyteller.”—Chicago Tribune

“Its power of evocation is remarkable.”—The New Yorker

In addition to many prize-winning and bestselling novels, including We Were the Mulvaneys, A Book of American Martyrs, Black Water, Because It Is Bitter and Because It Is My Heart, and Broke Heart Blues, Joyce Carol Oates is the author of a number of works of gothic fiction including Haunted: Tales of the Grotesque, a World Fantasy Award nominee; and Zombie, winner of the Bram Stoker Award for Best Horror Novel, awarded by the Horror Writers’ Association. In 1994, Oates received the Bram Stoker Lifetime Achievement Award in Horror Fiction. She is the editor of American Gothic Tales.
Loading...
or support indie stores by buying on