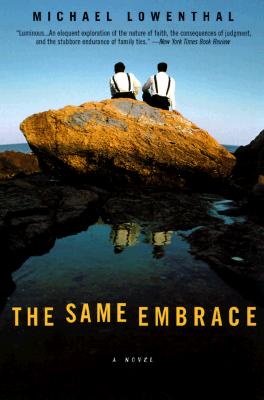 The Same Embrace tells the powerful story of two young men struggling against a heritage of intolerance and silence. Twins Jacob and Jonathan were inseparable while growing up in their second-generation-American Jewish family. As adults, though, they are almost hopelessly estranged--Jacob is a gay activist in Boston, while Jonathan lives the strict, disciplined life of an Orthodox student at a yeshiva in Jerusalem. In the shadow of a tragedy, Jacob travels to Israel in the hopes of finding common ground with his brother. But his twin's new assurance and faith force Jacob to reexamine his own sexual and religious identities, as well as his place in his complex and haunted family history. An ultimate confrontation between the brothers lays bare the shattering secrets of a legacy that began during the Holocaust.Alternating between the present and Jacob's childhood memories, The Same Embrace moves gracefully from anger and alienation toward forgiveness and acceptance. A striking debut, this novel depicts a quintessentially American search for belonging.

Michael Lowenthal is the author of a novel, The Same Embrace (Plume), and is editor of Gay Men at the Millennium (Tarcher/Putnam) and the Flesh and the Word series. His stories and essays have appeared in numerous anthologies, including Men on Men 5, Best American Gay Fiction, and Queer 13. He lives in Boston.
Loading...
or
Not Currently Available for Direct Purchase