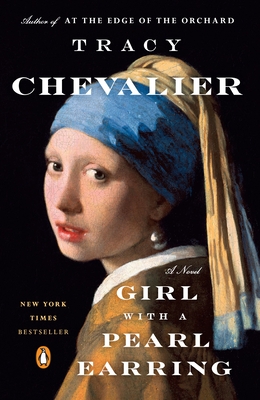 Translated into thirty-nine languages and made into an Oscar-nominated film, starring Scarlett Johanson and Colin Firth

Tracy Chevalier transports readers to a bygone time and place in this richly-imagined portrait of the young woman who inspired one of Vermeer's most celebrated paintings.

History and fiction merge seamlessly in this luminous novel about artistic vision and sensual awakening. Girl with a Pearl Earring tells the story of sixteen-year-old Griet, whose life is transformed by her brief encounter with genius . . . even as she herself is immortalized in canvas and oil.


Praise For Girl with a Pearl Earring: A Novel…

"[Chevalier] creates a world reminiscent of a Vermeer interior: suspended in a particular moment, it transcends its time and place."
—The New Yorker

"Chevalier brings the real artist Vermeer and a fictional muse to life in a jewel of a novel."
—Time

"A vibrant, sumptuous novel... triumphant... a beautifully written tale thatmirrors the elegance of the painting that inspired it."
—The Wall Street Journal