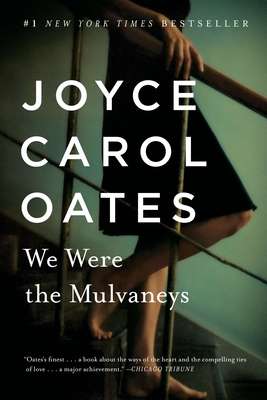 We Were the Mulvaneys

The Mulvaneys are blessed by all that makes life sweet. But something happens on Valentine’s Day, 1976—an incident that is hushed up in the town and never spoken of in the Mulvaney home—that rends the fabric of their family life...with tragic consequences. Years later, the youngest son attempts to piece together the fragments of the Mulvaneys’ former glory, seeking to uncover and understand the secret violation that brought about the family’s tragic downfall.

Profoundly cathartic, this extraordinary novel unfolds as if Oates, in plumbing the darkness of the human spirit, has come upon a source of light at its core. Moving away from the dark tone of her more recent masterpieces, Joyce Carol Oates turns the tale of a family struggling to cope with its fall from grace into a deeply moving and unforgettable account of the vigor of hope and the power of love to prevail over suffering.

Praise For We Were the Mulvaneys…

Praise for We Were the Mulvaneys

“New testimony to Oates’s great intelligence and dead-on imaginative powers. It is a book that will break your heart, heal it, then break it again every time you think about it.”—Los Angeles Times Book Review

“What keeps us coming back to Oates Country is her uncanny gift of making the page a window, with something happening on the other side that we’d swear was like life itself.”—The New York Times Book Review

“A major achievement that stands with Oates’ finest studies of American life...the novel is a testament to the tenacious bonds of the family, the restorative power of love and capacity to endure and prevail.”—The Chicago Tribune

In addition to many prize-winning and bestselling novels, including We Were the Mulvaneys, A Book of American Martyrs, Black Water, Because It Is Bitter and Because It Is My Heart, and Broke Heart Blues, Joyce Carol Oates is the author of a number of works of gothic fiction including Haunted: Tales of the Grotesque, a World Fantasy Award nominee; and Zombie, winner of the Bram Stoker Award for Best Horror Novel, awarded by the Horror Writers' Association. In 1994, Oates received the Bram Stoker Lifetime Achievement Award in Horror Fiction. She is the editor of American Gothic Tales.
Loading...
or support indie stores by buying on