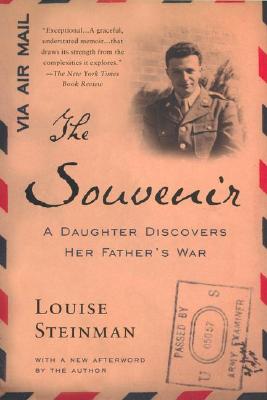 In 1945, an American G.I. mailed home a Japanese flag. Fifty years later, his daughter unfolded the past. Growing up, Louise Steinman knew little about her father's experiences in World War II. All she knew was that the whistling teakettle was banned from the kitchen and that she was never to cry in front of him. Years later, after her parents' death, she found an old ammunition box, filled with nearly five hundred letters her father had written to her mother during the War. She also found a silk Japanese flag inscribed to Yoshio Shimizu. Who was Yoshio Shimizu and why did her father have his flag? So began Steinman's quest to return this "souvenir" to its owner, and in the process, to learn more about the war that transformed the expressive young man in those letters into the reserved father she had known.

Weaving together her father's raw, poignant letters with her own journey, Steinman presents a powerful view of how war changed one generation and shaped another.