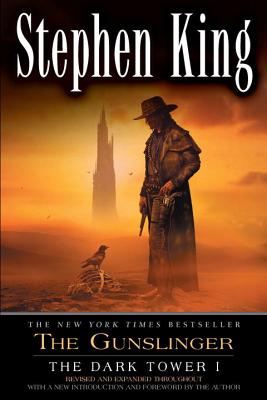 Eerie, dreamlike, set in a world that is weirdly related to our own, The Gunslinger introduces Roland Deschain of Gilead, of In-World that was, as he pursues his enigmatic antagonist to the mountains that separate the desert from the Western Sea. Roland is a solitary figure, perhaps accursed, who with a strange singlemindedness traverses an exhausted, almost timeless landscape. The people he encounters are left behind, or worse left dead. At a way station, however, he meets Jake, a boy from a particular time (1977) and a particular place (New York City), and soon the two are joined khef, ka, and ka-tet. The mountains lie before them. So does the man in black and, somewhere far beyond...the Dark Tower.

Stephen King, the world's bestselling novelist, was educated at the University of Maine at Orono. He lives with his wife, the novelist Tabitha King, and their children in Bangor, Maine.
Loading...
or
Not Currently Available for Direct Purchase