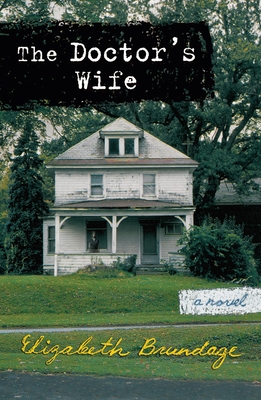 A stunning work of literary suspense by the the acclaimed author of All Things Cease to Appear.

“The memory starts here, in my apron pocket, with the gun.”

Lydia Haas is devoted to Jesus, her church, and her husband. Only recently, after it’s too late, has she understood how much she has sacrificed to all of them.

Michael Knowles is a rising young doctor, an OB/gyn at a prominent hospital. A man committed to his principles, to rescues with uncertain outcomes; to his wife. The life they’ve made. He never intended to have to make a choice.

Annie Knowles is the “doctor’s wife.” The first time she walked into their 1812 Federal-style home in High Meadow, an idyllic town in upstate New York, she thought she’d be happy there forever. But that dream wore thin, and another man—a colleague at the local college where Annie teaches—is insinuating himself slowly, surely, passionately into her life.

Simon Haas’ paintings of his wife Lydia made him famous. The story behind those paintings, and behind his marriage, is not one Simon chooses to tell. Until he meets Annie Knowles.

Elizabeth Brundage’s debut work of fiction is the story of two couples and the cataclysmic intersection of their lives.

Praise For The Doctor's Wife…

“Appearances are deceiving in this psychological thriller… a compelling read.”—The Boston Globe

“An examination of w hat happens when we are drawn to the very thing that promises to destroy us.”—Publisher’s Weekly

“Complex, cleverly constructed narrative provides a slow unfolding of the intricate relationship among the characters… This page-turner will appeal to a broad readership.” —Booklist

“From the very first paragraph of Elizabeth Brundage’s debut… it is evident things will not end neatly. No character inhabiting this story will escape unscathed from the choices they’ve made… a well-crafted work.” —Ms. Magazine

“A fine debut, full of psychological suspense, plot twists and turns, malice disguised as religion, the taint of incest, and cheating spouses.”—Library Journal

“A page-turner that will linger in reader’s minds long after they finish the book.”—Connecticut Post

“The Doctor’s Wife is certainly a tense and compelling psychological thriller, but it’s more than just a page-turner. In her dark depiction of small-town intolerance, Brundage invites us to question our moral assumptions, social responsibilities, in short, our engagement with the world.”—Ruth Ozeki, author of My Year of Meats and All Over Creation

“Elizabeth Brundage has exquisitely captured the tension that resides at the crossroads of self and society. The Doctor’s Wife encapsulates not only our uncertain, conflicted times but the maddening, endearing, fascinating contradictions of the American moral construct. This novel is as politically pertinent as it is a page-turner.”—Meghan Daum, author of The Quality of Life Report

“Elizabeth Brundage has written a deliciously dark, finely observed, and ultimately thrilling morality tale. The Doctor’s Wife is a full meal of sex, danger, and small-town paranoia which I greedily devoured.”—Laurie Fox, author of The Lost Girls

“Elizabeth Brundage’s prose reveals an honesty, clarity and grace uncommon for any novel, let alone a debut, and her insights consistently surprise and astonish. Even more impressively, she tackles a topic currently dividing the American spirit with feverish rancor and brings not just conviction but compassion to her portrayal. The Doctor’s Wife is a novel to savor, praise and share.”—David Corbett, author of The Devil’s Redhead and Done For A Dime