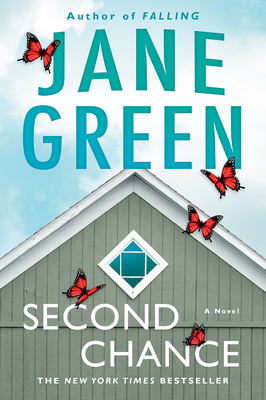 When tragedy strikes, four friends reunite in this life-affirming tale from the New York Times bestselling author of Falling.

In school, Tom, Holly, Saffron, Paul, and Olivia were the best of friends. Twenty years later, they’re barely more than strangers. But when Tom dies in a heartbreaking instance of being in the wrong place at the wrong time, the four that remain are thrust back into each other’s lives.

Quickly falling back into the intimacy of their youth, Holly, Saffron, Paul, and Olivia are forced to reexamine the choices they’ve made. As their secrets rise to the surface, Tom’s death becomes the catalyst that changes them all, giving four estranged friends the chance to find a new beginning...

A former journalist in the UK and a graduate of the International Culinary Center in New York, Jane Green has written many novels (including Jemima J, The Beach House, and, most recently, Falling), most of which have been New York Times bestsellers, and one cookbook, Good Taste. Her novels are published in more than twenty-five languages, and she has over ten million books in print worldwide. She lives in Westport, Connecticut, with her husband and a small army of children and animals.

“Green’s many fans will revel in her interwoven plots.”—Entertainment Weekly

“Peopled with her trademark likeable, sympathetic characters, Green’s latest is sure to have wide appeal.”—Booklist

“A warm bath of a novel that draws you in...Green’s sympathetic portrayals...resonate.”—USA Today

How does the title, Second Chance, relate to each of the main characters? How has their renewed friendship influenced each of their lives?

Although it was under tragic circumstances, Tom’s death brought a lot of people together—not only the old friends from school but also Will, Tom’s parents, Sarah, and others. Can you think of a similar instance in your own life when an unfortunate or terrible event led to a positive outcome? What were some of these positive outcomes?

Paul’s and Anna’s problems with infertility have a profound effect on their marriage and their relationships with others. What are some of the specific issues they face as a result of this dilemma, and how would you have handled them if you were in their situation? Are there any experiences you’ve had that are similar to this, and how did you handle them?

In Second Chance, each character has a different understanding of what marriage means and how it works (or doesn’t work) in their life. Which characters’ marriages reflect aspects of your own relationships, past or current, and how?

Holly gets caught up in a tentative relationship with Will, despite her marriage to Marco. What is it about Will’s and Holly’s personalities that would draw them together? What do you think about the way things end up between them?

Green writes, “The problem with grief is that it doesn’t go away. As time ticks on, the rawness dissipates somewhat, and you find yourself settling in to the pain, becoming accustomed to it, wearing it around your shoulders like an old, heavy scarf.” What are your thoughts on this sentiment? How does this description of grief relate to your own experiences of loss and sadness?

The rediscovered friendship between these four characters gives each of them the chance to reflect on their lives over the past twenty years: the choices they’ve made, the regrets they have, the things they might have done differently. Think about your own life and things in your past that you wish you could change. How difficult do you think it is to make a significant change in your own life, or in the lives of your friends, for the future?

Why do you think Holly married Marcus in the first place? Although she offers a number of different explanations for this choice throughout the book—”she told herself that it was okay to settle”, she is still conflicted about this decision and about how it influenced the way her life turned out. When Holly decides to take action, which of her decisions do you agree or disagree with and why?

Saffron and Paul have both chosen lives that, to different extents, put them in the spotlight. How does the public’s opinion affect each of them? Are there any decisions either of them makes that you would have dealt with differently?

What do you think of Olivia’s trepidation before her blind date with Fred? What reasons did she have for being so nervous? Have you ever been on a blind date and how did it turn out?

Over the twenty years that the four main characters were apart, each of them stayed in touch with Tom but not with one another. However, his death affected them in a way that none of them had expected. What do you think each of the characters’ lives will be like after the book ends? Will they all stay in touch? Discuss how you envision each of them five or ten years later.