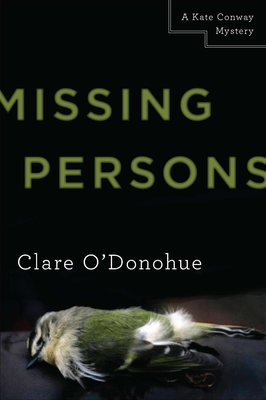 The cause of death is "undetermined," but the cops peg Chicago television producer Kate Conway as the main suspect when her soon-to-be ex-husband, Frank, is found dead. To make matters worse-and weirder- Frank's new girlfriend suddenly wants to be friends.

Happy for the distraction, Kate throws herself into a new work assignment for the television program Missing Persons: the story of Theresa Moretti, a seemingly angelic young woman who disappeared a year earlier. All Kate wants is a cliché story and twenty-two minutes of footage, but when the two cases appear to overlap, Kate needs to work fast before another body turns up-her own.

“With an insider’s knowledge of how TV crime shows are put together, Clare O’Donohue has created a smart, delightful new detective in producer Kate Conway.”—Cammie McGovern, author of Eye Contact

“Kate Conway demands your attention. I dare you to put this down.”—Libby Fischer Hellmann, author of the Ellie Foreman and Georgia Davis series

“A smart and cynical sleuth.”—Kirkus Reviews

CLARE O’DONOHUE is a freelance television writer/producer. She produced television’s most popular quilting show, Simply Quilts, on HGTV, and she is currently producing and writing for a variety of television crime shows, including Forensic Files. This is her first novel.
Loading...
or
Not Currently Available for Direct Purchase