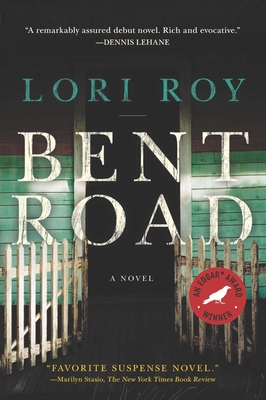 Winner of the Edgar Award for Best First Novel

"Don't be fooled by the novel's apparent simplicity: What emerges from the surface is a tale of extraordinary emotional power, one of longstanding pain set against the pulsating drumbeat of social change."
-Sarah Weinman, NPR.org

For twenty years, Celia Scott has watched her husband, Arthur, hide from the secrets surrounding his sister Eve's death. But when the 1967 Detroit riots frighten him even more than his Kansas past, he convinces Celia to pack up their family and return to the road he grew up on, Bent Road, and the same small town where Eve mysteriously died. And then a local girl disappears, catapulting the family headlong into a dead man's curve. . . .

On Bent Road, a battered red truck cruises ominously along the prairie; a lonely little girl dresses in her dead aunt's clothes; a boy hefts his father's rifle in search of a target; and a mother realizes she no longer knows how to protect her children. It is a place where people learn: Sometimes killing is the kindest way.

Bent Road has been optioned for film in 2012 by Cross Creek Pictures with Mark Mallouk to adapt and Benderspink to produce.


Praise For Bent Road: A Novel…

"Even the simplest scenes crackle with suspense." — Beth Perry, People

"Lori Roy masterfully mixes a noir approach with gothic undertones for an engrossing story about family secrets and tragedies. . . . Bent Road is one of the best debuts of 2011." — Oline Cogdill, McClatchy-Tribune News Service

Lori Roy was born and raised in the Midwest, where she was a tax accountant before turning her focus to writing. Roy lives with her family in west central Florida. This is her first novel.
Loading...
or
Not Currently Available for Direct Purchase