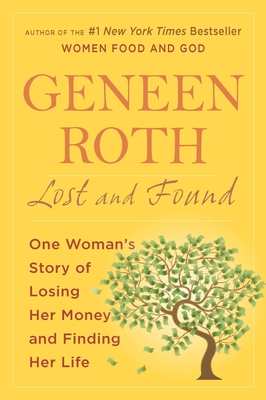 One Woman's Story of Losing Her Money and Finding Her Life

The #1 New York Times bestselling author of Women Food and God maps a path to meeting one of our greatest challenges-how we deal with money.

When Geneen Roth and her husband lost their life savings in the Bernard Madoff debacle, Roth joined the millions of Americans dealing with financial turbulence, uncertainty, and abrupt reversals in their expectations. The resulting shock was the catalyst for her to explore how women's habits and behaviors around money-as with food-can lead to exactly the situations they most want to avoid. Roth identified her own unconscious choices: binge shopping followed by periods of budgetary self-deprivation, "treating" herself in ways that ultimately failed to sustain, and using money as a substitute for love, among others. As she examined the deep sources of these habits, she faced the hard truth about where her "self-protective" financial decisions had led. With irreverent humor and hard-won wisdom, she offers provocative and radical strategies for transforming how we feel and behave about the resources that should, and can, sustain and support our lives.


Praise For Lost and Found: One Woman's Story of Losing Her Money and Finding Her Life…

“Roth is courageous in her honesty.”—Michelle Singletary, The Washington Post

“Roth teaches by example the transformative power of awareness. With compassion and humor she dismantles unconscious compulsions that bespeak an inner poverty, dissipating what she calls the ‘trance of deficiency’ that hijacks financial relationships and self-worth. Fans familiar with the heart and wisdom that infuses Roth's candid writing style and makes her books memorable won't be disappointed.”—Publisher's Weekly

“Encourages stressed-out people to step back and look the good things they have—even such simple things as a treasured tea cup—to help liberate themselves from old patterns.”—Robin Mcmacken, Grand Rapid Press (Michigan)

Geneen Roth is a writer and a teacher who has gained international prominence through her work in the field of eating disorders. She is the founder of the Breaking Free workshops, which she has conducted nationwide since 1979. She is also the author of Feeding the Hungry Heart, Breaking Free from Compulsive Eating, and When Food Is Love. A frequent guest on television and radio programs, she has written for and been featured in Tie, Ms., New Woman, Family Circle, and Cosmopolitan. Her poetry and short stories have been published in numerous anthologies. Born in New York City, she now lives in northern California.
Loading...
or
Not Currently Available for Direct Purchase