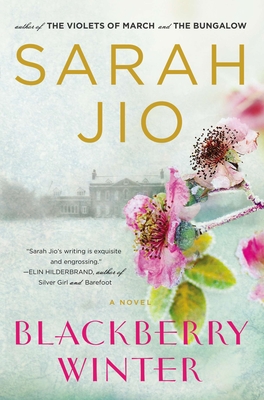 From the New York Times bestselling author of Always and The Violets of March comes an emotional story of a dreadful storm, a missing child cold case, and a determined reporter who just may have a stronger connection with the past than she realizes.

Seattle, 1933. Single mother Vera Ray kisses her three-year-old son goodnight and departs to work the night shift at a local hotel. She emerges to discover that a May Day snow has blanketed the city, and that her son has vanished. Outside, she finds his beloved teddy bear lying facedown on an icy street, the snow covering up any trace of his tracks—or the perpetrator’s.

Seattle, 2010. Seattle Herald reporter Claire Aldridge, assigned to cover the May 1 “blackberry winter” storm and its twin, learns of the unsolved abduction and vows to unearth the truth. In the process, she finds that she and Vera may be linked in unexpected ways.

Sarah Jio burst onto the fiction scene with two sensational novels—The Violets of March and The Bungalow. With Blackberry Winter—taking its title from a late-season, cold-weather phenomenon—Jio continues her rich exploration of the ways personal connections can transcend the boundaries of time.

Praise For Blackberry Winter: A Novel…

"A fascinating exploration of love, loss, scandal, and redemption."—Publishers Weekly


Praise for Sarah Jio and her novels:

“Linger[s] long after the last page.”—Romantic Times (on The Last Camellia)

“Eminently readable...a tribute to family and forgiveness.”—Booklist (on Goodnight June)