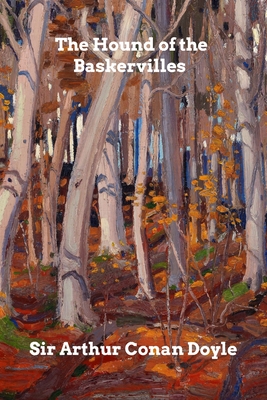 The Hound of the Baskervilles

The Hound of the Baskervilles is the third of the four crime novels written by Sir Arthur Conan Doyle featuring the detective Sherlock Holmes. Originally serialised in The Strand Magazine from August 1901 to April 1902, it is set largely on Dartmoor in Devon in England's West Country and tells the story of an attempted murder inspired by the legend of a fearsome, diabolical hound of supernatural origin. Sherlock Holmes and his companion Dr. Watson investigate the case. This was the first appearance of Holmes since his apparent death in "The Final Problem", and the success of The Hound of the Baskervilles led to the character's eventual revival. 2] One of the most famous stories ever written, 2] in 2003, the book was listed as number 128 of 200 on the BBC's The Big Read poll of the UK's "best-loved novel." 3] In 1999, it was listed as the top Holmes novel, with a perfect rating from Sherlockian scholars of 100. Dr. James Mortimer asks Sherlock Holmes for advice after his friend Sir Charles Baskerville was found dead in the park surrounding his manor, in the moors of Devonshire. The death was attributed to a heart attack but, according to Mortimer, Sir Charles's face retained an expression of horror and not far from the corpse the footprints of a gigantic hound were clearly visible. According to an old legend, a curse runs in the Baskerville family since the time of the English Civil War, when a Sir Hugo Baskerville abducted and murdered a woman in the mires of Dartmoor, only to be killed in turn by a huge demonic hound. Allegedly the same creature has been haunting the place ever since, causing the premature death of many Baskerville heirs. Sir Charles believed in the plague of the hound and so does Mr. Mortimer, who now fears for the next in line Sir Henry Baskerville.