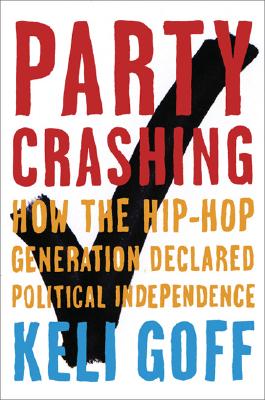 For the last forty years the label "black voter" has been virtually synonymous with "Democrat" but a new generation of voters is changing that. In her provocative new book Party Crashing, political commentator Keli Goff introduces America's newest swing voter. Like soccer moms and Nascar dads before them, young, black voters born after the Civil Rights Movement are becoming increasingly up for grabs, politically speaking. While the politics of their parents and grandparents were shaped by the Civil Rights Movement, Goff notes that the politics of her peers, members of the post-Civil Rights generation, have been shaped by a number of cultural influencers that transcend race; from "The Cosby Show," to icons such as Oprah Winfrey, and the tragedy of 9/11. Civil rights has long been the defining political issue for black Americans but for this emerging generation of black voters, civil rights is now one issue among many that define their politics. As a result, they are challenging the idea that one's skin color should color one's political identity, and they are also challenging the idea that they should be Democrats. Since the support of black Americans has been crucial to the success of democratic candidates-from Presidents Kennedy to Clinton-this shift could be one of the most important developments in modern politics, arguably as important as the Civil Rights movement itself. Along with the political shift occurring, Goff also examines the cultural shift that is taking place on a wide range of issues including: gay marriage, hip-hop, and the emergence of what Goff calls "Generation Obama." Through in-depth interviews with young, black voters, groundbreaking survey research, and conversations with a range of high profile Americans-from Colin Powell to Russell Simmons-Party Crashing explores the issues and people who have helped shape the politics of the post-Civil Rights Generation, and how this generation is reshaping America.

Keli Goff's commentary on politics and pop culture has been seen on numerous networks including: CNN, FOX News Channel and MSNBC, among others. After beginning her career in politics as an intern on Hillary Clinton's 2000 Senate campaign, Goff went on to work as a congressional aide and communications strategist. She served as Campaign Manager for Congresswoman Carolyn Maloney's successful re-election in 2002 and later as Deputy Campaign Manager of "Vote No on 3," a successful citywide effort to defeat a ballot initiative. She holds a master's degree in strategic communications from Columbia University and lives in New York City.
Loading...
or
Not Currently Available for Direct Purchase