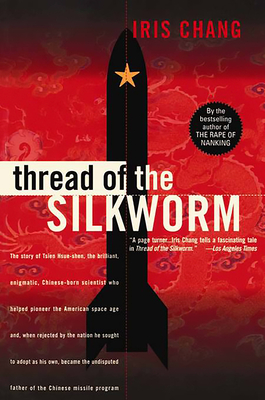 Thread Of The Silkworm

The definitive biography of Tsien Hsue-Shen, the pioneer of the American space age who was mysteriously accused of being a communist, deported, and became -- to America's continuing chagrin -- the father of the Chinese missile program.

Iris Chang (1968-2004) lived and worked in California. She was a graduate of the University of Illinois at Urbana and worked briefly as a reporter in Chicago before winning a graduate fellowship to the writing seminar program at The Johns Hopkins University. Her first book, Thread of the Silkworm (the story of Tsien Hsue-shen, father of the People's Republic of China's missile program) received worldwide critical acclaim. She was the recipient of the John T. and Catherine D. MacArthur Foundation's Program on Peace and International Cooperation award, as well as major grants from the National Science Foundation, the Pacific Cultural Foundation, and the Harry Truman Library.
Loading...
or support indie stores by buying on