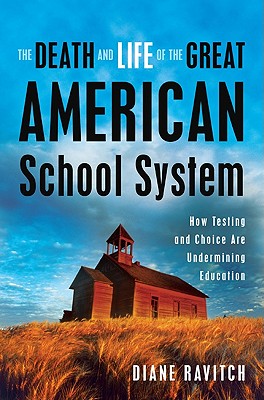 Award-winning author, public intellectual, and former Assistant Secretary of Education Diane Ravitch critiques a lifetime’s worth of school reforms and reveals the simple—yet difficult—truth about how we can create actual change in public schools

Diane Ravitch is Research Professor of Education at New York University and a senior fellow at the Brookings Institution. From 1991 to 1993, she was Assistant Secretary of Education and Counselor to Secretary of Education Lamar Alexander in the administration of President George H.W. Bush. President Clinton appointed her to the National Assessment Governing Board, which oversees federal testing. She is the author or editor of over twenty books, including The Language Police and Left Back, and her articles have appeared in numerous newspapers and magazines. A native of Houston, Ravitch graduated from the Houston public schools, Wellesley College, and Columbia University. She lives in Brooklyn, New York.