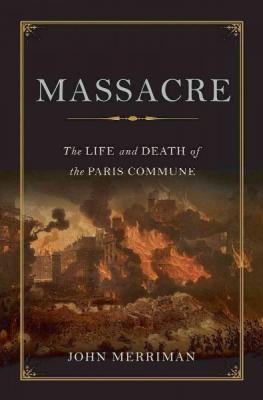 The Life and Death of the Paris Commune

From a pre-eminent Yale historian comes the first popular history of the 1871 Paris Commune, a seminal episode in modern European history.

The Paris Commune lasted for only 64 days in 1871, but during that short time it gave rise to some of the grandest political dreams of the nineteenth century -- before culminating in horrific violence.

Following the disastrous French defeat in the Franco-Prussian War, hungry and politically disenchanted Parisians took up arms against their government in the name of a more just society. They expelled loyalists and soldiers and erected barricades in the streets. In Massacre, John Merriman introduces a cast of inimitable Communards -- from les pÃ©oleuses (female incendiaries) to the painter Gustave Courbet -- whose idealism fueled a revolution. And he vividly recreates the Commune's chaotic and bloody end when 30,000 troops stormed the city, burning half of Paris and executing captured Communards en masse.

A stirring evocation of the spring when Paris was ablaze with cannon fire and its citizens were their own masters, Massacre reveals how the indomitable spirit of the Commune shook the very foundations of Europe.

John Merriman is the Charles Seymour Professor of History at Yale University and the author of several books, including Massacre: The Life and Death of the Paris Commune, The Dynamite Club: How a Bombing in Fin-de-Siecle Paris Ignited the Age of Modern Terror, and the classic History of Modern Europe. He is the recipient of Yale's Byrnes/Sewell Teaching Prize, a French Docteur Honoris Causa, and speaks frequently at universities across the United States, United Kingdom, France, and Australia.

Praise For Massacre: The Life and Death of the Paris Commune…

"Massacre is an absorbing and very moving read. John Merriman has found exactly the right unemotional tone and mastery of detail--including many new stories heretofore unpublished--to produce the best popular history of the Commune, in English or French, in a generation."—Steven Englund, author of Napoleon: A Political Life

"A rigorous, vivid book that brings to life the idealism, the horror, and--particularly--the people of the Paris Commune. Massacre fills a gap and will draw new readers to this timely topic."—Elizabeth Kostova, author of The Swan Thieves and The Historian

"Merriman's nearly blow-by-blow account of the street fighting is vivid.... [His] sobering chronicle of just how far an allegedly democratic state was prepared to go to protect itself against its own people has grim resonance today."—Los Angeles Times

"Merriman's account forces the reader to ponder which is bloodier, violence in the name of the state or violence in the name of the people.... [Merriman] is a rare academic, informing general readers without sacrificing his scholarship. His book is a good combatant against today's prevalent historical amnesia and, particularly, American ignorance of French history."—America

"[A]n eloquent, frequently moving and disturbing account.... [A] fine recounting of an episode that hung over and haunted Europe for subsequent decades."—Booklist

"Merriman relates the story of the Commune's brief rise and brutal fall in tight detail, with hour-by-hour intensity, and draws all the drama out of the tale."—New Yorker

"The author handles a dramatic story with verve and moral outrage, weaving together a blow-by-blow account of the Commune's demise with its larger backstory."
—Maclean's

"Well-written.... Fans of Les Mis will love this book. Granted, it's less tuneful, but there is no shortage of exploited masses, disputed barricades, inspiring heroes and evil villains. Better yet, it's true."—Winnipeg Free Press