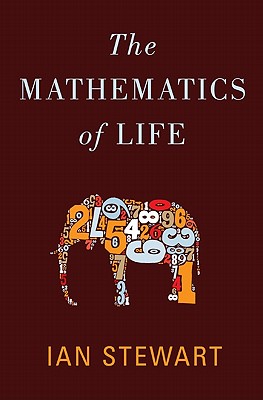 The Mathematics of Life

A wonderful and engaging introduction to the role of mathematics in life sciences, from cellular organization to the behavior and evolution of entire organisms


Praise For The Mathematics of Life…

Kirkus
“An ingenious overview of biology with emphasis on mathematical ideas – stimulating.”

The Guardian
“A timely account of why biologists and mathematicians are hooking up at last…Stewart is Britain's most brilliant and prolific populariser of mathematics…Mathematics of Life is dense with information, written with Stewart's characteristic lightness of touch and will please the dedicated maths reader…. [T]he book is a testament to the versatility of maths and how it is shaping our understanding of the world.”


Discover
“It is difficult to find many biologists who enjoy math, or vice versa, but British number cruncher Ian Stewart successfully crosses over. Here he argues that solving some of the biggest scientific mysteries, including life’s origins and prevalence in the universe, hinges on a union of these fields. He skillfully recasts the history of biology within a mathematical context…then applies his left-brained perspective to the hot new field of astrobiology. Bio majors: Try the book, then bite the bullet and enroll in Math 101.”

Booklist “Though a complete understanding of how mathematics pries secrets out of nature requires long and rigorous study, Stewart conveys to general readers the fundamental axioms with lucidly accessible writing, supplemented with helpful charts and illustrations…. A rewarding adventure for the armchair scientist.” Keith Devlin, Wall Street Journal
“The Mathematics of Life is at its best in discussing the role that the discipline has played in our understanding of viruses…. Mr. Stewart’s discussion of the intersection of viruses and geometry, and other topics, is absorbing.” Boston Globe
“Stewart revels in intellectual wanderlust, taking us from explanations of why Fibonnaci’s sequence shows up so often in nature to rather in-depth treatments of evolutionary theory to number-crunching the possibilities of life on other planets…. Stewart is great at communicating wonder, but it’s often his skepticism that makes The Mathematics of Life such an enjoyable read – you get the sense that as a man who fully grasps numbers, he doesn’t take kindly to how frequently they are abused in mainstream treatments of science.”  Science News
“In this engaging overview, a mathematician describes how the field of biomathematics is answering key questions about the natural world and the origins of life.”

Choice “The hallmark traits of clarity and though-provoking content are as evident in The Mathematics of Life as in the author’s other writings, but the added bonus of the interrelationship with biology makes this book all the more noteworthy…. Interested readers who are not mathematics devotees will still find the book highly informative and readable, given that the work avoids formulas while illustrating math’s emerging role in the field of biology…. Highly recommended.”

Ian Stewart is Emeritus Professor of Mathematics and an active researcher at Warwick University in England. His writing has appeared in New Scientist, Discover, Scientific American, and many newspapers in the United Kingdom and United States. He lives in Warwick, England.
Loading...
or
Not Currently Available for Direct Purchase