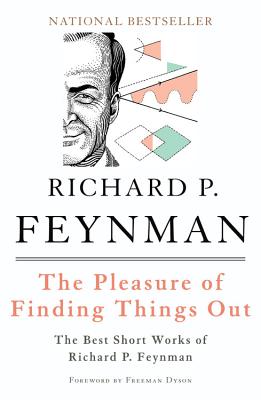 The Pleasure of Finding Things Out

This collection from scientist and Nobel Peace Prize winner highlights the achievements of a man whose career reshaped the world's understanding of quantum electrodynamics.
The Pleasure of Finding Things Out is a magnificent treasury of the best short works of Richard P. Feynman-from interviews and speeches to lectures and printed articles. A sweeping, wide-ranging collection, it presents an intimate and fascinating view of a life in science-a life like no other. From his ruminations on science in our culture to his Nobel Prize acceptance speech, this book will fascinate anyone interested in the world of ideas.