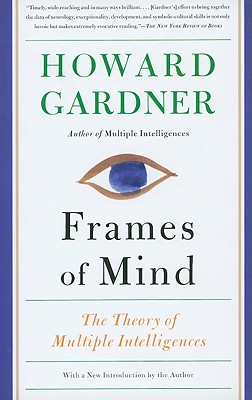 The Theory of Multiple Intelligences

The book that revolutionized our understanding of human intelligence.

Howard Gardner's theory of multiple intelligences has been hailed by educators for decades and applied in hundreds of schools worldwide. In Frames of Mind, Gardner challenges the widely held notion that intelligence is a single general capacity possessed by every individual to a greater or lesser extent. Amassing a wealth of evidence, Gardner posits the existence of eight different intelligences, each as important as the next, that comprise a unique cognitive profile for each person. In this updated edition, the author reflects on thirty years of work on Multiple Intelligences theory and practice.

Praise For Frames of Mind: The Theory of Multiple Intelligences…

"The value of Frames of Mind is less in the answers it proposes than in the problems it poses. They are important problems, and time spent thinking about them will be time well spent."—The New York Times

"Timely, wide-reaching and in many ways brilliant....[Gardner's] effort to bring together the data of neurology, exceptionality development, and symbolic-cultural skills is not only heroic but it makes extremely evocative reading."
—The New York Review of Books

"Mention Howard Gardner's name to a growing cadre of educators and the response verges on the reverence teenagers lavish on a rock star. The cult of Gardner began....with his book Frames of Mind."—Newsweek

"Because of [Frames of Mind] Gardner is both lionized and exploited as one of the most famous educational theorists in the world. His notion of multiple intelligences-including the idea that musical, athletic, and other talents are separate from, but as important as, high SAT scores-has inspired scores of books, journal articles, conferences, and lesson plans for public schools."
—The Washington Post

Howard Gardner is the John H. and Elisabeth A. Hobbs Professor of Cognition and Education at the Harvard Graduate School of Education and Senior Director of Harvard Project Zero. The author of more than twenty books and the recipient of a MacArthur Fellowship and twenty-one honorary degrees, he lives in Cambridge, Massachusetts.
Loading...
or support indie stores by buying on