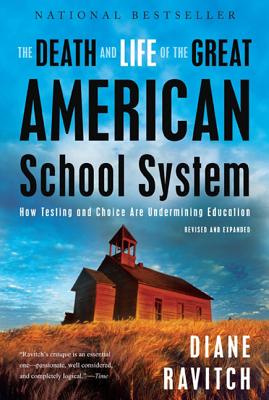 A passionate plea to preserve and renew public education, The Death and Life of the Great American School System is a radical change of heart from one of America's best-known education experts. Diane Ravitch--former assistant secretary of education and a leader in the drive to create a national curriculum--examines her career in education reform and repudiates positions that she once staunchly advocated. Drawing on over forty years of research and experience, Ravitch critiques today's most popular ideas for restructuring schools, including privatization, standardized testing, punitive accountability, and the feckless multiplication of charter schools. She shows conclusively why the business model is not an appropriate way to improve schools. Using examples from major cities like New York, Philadelphia, Chicago, Denver, and San Diego, Ravitch makes the case that public education today is in peril. Ravitch includes clear prescriptions for improving America's schools:

The Death and Life of the Great American School System is more than just an analysis of the state of play of the American education system. It is a must-read for any stakeholder in the future of American schooling.

Diane Ravitch is Research Professor of Education at New York University and a senior fellow at the Brookings Institution. From 1991 to 1993, she was Assistant Secretary of Education and Counselor to Secretary of Education Lamar Alexander in the administration of President George H.W. Bush. President Clinton appointed her to the National Assessment Governing Board, which oversees federal testing. She is the author or editor of over twenty books, including The Language Police and Left Back, and her articles have appeared in numerous newspapers and magazines. A native of Houston, Ravitch graduated from the Houston public schools, Wellesley College, and Columbia University. She lives in Brooklyn, New York.
Loading...
or
Not Currently Available for Direct Purchase