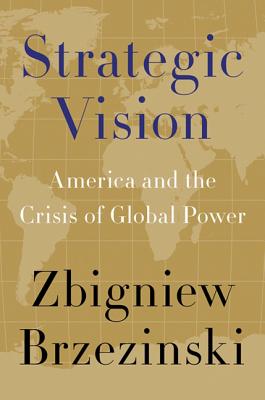 America and the Crisis of Global Power

By 1991, following the disintegration first of the Soviet bloc and then of the Soviet Union itself, the United States was left standing tall as the only global super-power. Not only the 20th but even the 21st century seemed destined to be the American centuries. But that super-optimism did not last long. During the last decade of the 20th century and the first decade of the 21st century, the stock market bubble and the costly foreign unilateralism of the younger Bush presidency, as well as the financial catastrophe of 2008 jolted America and much of the West into a sudden recognition of its systemic vulnerability to unregulated greed. Moreover, the East was demonstrating a surprising capacity for economic growth and technological innovation. That prompted new anxiety about the future, including even about America's status as the leading world power. This book is a response to a challenge. It argues that without an America that is economically vital, socially appealing, responsibly powerful, and capable of sustaining an intelligent foreign engagement, the geopolitical prospects for the West could become increasingly grave. The ongoing changes in the distribution of global power and mounting global strife make it all the more essential that America does not retreat into an ignorant garrison-state mentality or wallow in cultural hedonism but rather becomes more strategically deliberate and historically enlightened in its global engagement with the new East. This book seeks to answer four major questions:

1. What are the implications of the changing distribution of global power from West to East, and how is it being affected by the new reality of a politically awakened humanity?
2. Why is America's global appeal waning, how ominous are the symptoms of America's domestic and international decline, and how did America waste the unique global opportunity offered by the peaceful end of the Cold War?
3. What would be the likely geopolitical consequences if America did decline by 2025, and could China then assume America's central role in world affairs?
4. What ought to be a resurgent America's major long-term geopolitical goals in order to shape a more vital and larger West and to engage cooperatively the emerging and dynamic new East?

America, Brzezinski argues, must define and pursue a comprehensive and long-term a geopolitical vision, a vision that is responsive to the challenges of the changing historical context. This book seeks to provide the strategic blueprint for that vision.


Praise For Strategic Vision: America and the Crisis of Global Power…

Jimmy Carter, 39th President of the United States of America
“Brzezinski’s latest book reflects his talent for unraveling complex historical issues and his strength in advocating long-term solutions for them.”

Senator John Kerry“Strategic Vision is a clear, vivid look at America’s place in the world today. Rather than surrender to defeatist speculation about the perceived end to the American Century, Zbigniew Brzezinski’s reality-based insights explore how the United States can move forward over the next two decades. This is a must-read for a straightforward assessment of the challenges of today and tomorrow and the unique strengths America brings to the global stage.” Senator Richard G. Lugar, State of Indiana; Ranking Member of and Former Chairman of the Senate Foreign Relations Committee“Informed by a lifetime of comprehensive scholarship and many years of responsibility on the front lines of our diplomacy and national security, Zbigniew Brzezinski provides in Strategic Vision a comprehensive blueprint for successful planning and action. His challenge to the U.S. to be a sophisticated leader of a vital democratic-enlarged zone in the West and a promoter of stability in the East is timely and persuasive.” Leslie H. Gelb, President Emeritus of the Council on Foreign Relations and former New York Times columnist“One of America's precious few master strategists paints a convincing picture of an increasingly messy world ahead and presents a U.S. policy to manage it — going to strength by building an expanded Europe and keeping a burgeoning Asia stable. Succinct, sharp, and sensible.” Robert M. Gates, U.S. Secretary of Defense, 2006-2011 “Strategic Vision is a much-needed wake-up call regarding the international repercussions if America fails to address its multiple domestic crises successfully. A realist but not a pessimist, Brzezinski offers a thoughtful—and, as usual, provocative and timely—must-read for all who are concerned about the future of our country at home and abroad.” Jim Wolfensohn, former President of the World Bank, 1995-2005
“The author has given us a powerful and dynamic examination of our history, the current challenges and the probable changes in the economic, political and environmental balance on our plant. He analyzes the current situation in key countries and thereafter presents the issues we are likely to face in 2050 in a world divided between a dominant East and a challenged West. This is an insightful, provocative and stimulating analysis that should be read by all concerned with global stability and growth.” Joseph S. Nye, Jr. Professor at Harvard and author of The Future of Power“Zbigniew Brzezinski combines theoretical acuity with unmatched practical experience to provide a provocative and compelling portrait of the future along with a convincing map to navigate it.” Kirkus Reviews
“[Brzezinski] offers an astute, elegant appraisal of the waning of America’s ‘global appeal’ and the severe consequences of the shifting of power from West to East….Brzezinski provides a powerful cautionary tale….An urgent call for ‘historic renewal’ by one of America’s sharpest minds.”
Michiko Kakutani, New York Times“…provocative… a clear-eyed, sharp-tongued assessment of this hinge moment in time, when the world’s center of gravity is shifting “from the West to the East.” David Ignatius, Washington Post“…a bracing discussion of what a revival of U.S. power would actually require over the next few decades…” Foreign Affairs“In this crisp and stimulating book, Brzezinski speculates on the dangers that could result from the decline of the United States and oªers his prescriptions to restore American leadership in a changing world.” The Diplomat (Asia)“Zbigniew Brzezinski… has written another important book.” e-International Relations, International Politics website“Brzezinski presents a masterfully written…vision for the future of geopolitics and America’s role in the world.” Midwest Book Review“Any political studies holding should have this!” Today’s Zaman (Turkey)“[Brzezinski] puts forth a strong vision in his 200-page book. Politicians like German Chancellor Angela Merkel and French President Nicolas Sarkozy should read it.” Kirkus Reviews“[Brzezinski] offers an astute, elegant appraisal of the waning of America’s ‘global appeal’ and the severe consequences of the shifting of power from West to East….Brzezinski provides a powerful cautionary tale….An urgent call for ‘historic renewal’ by one of America’s sharpest minds.”
Daily Beast“The central message of Strategic Vision is how much more ghastly it will be on all fronts if America cannot urgently mobilize a national will for renewal.” Michigan War Studies Review“This short book, crammed with facts and acute analysis well presents Zbigniew Brzezinski's considered ‘strategic vision’ of the future world and the changed but still vital leadership role of the United States.” The New Republic“When it comes to offering a vision to guide American foreign policy, Zbigniew Brzezinski’s latest book, unlike so much other literature of this type, refuses to lament or exaggerate the alleged decline in American power and influence…. [A] welcome antidote to the dreary school of ‘declinism’ now dominating much of the foreign-policy conversation.” Midwest Book Review, May 2012“Strategic Vision is a powerful documentation of the steps that must be taken to ensure continued American success.” Spiked Review of Books (online)“[R]igorous and insightful analysis …. [Brzezinski’s] realpolitik approach… is actually refreshing in today’s age of flippant air-bombing humanitarianism.”


Polish American Journal
“Once again, Brzezinski gives the reader thoughtful insight on the state of global affairs and America's place in the world. He provides a wakeup call to international affairs and their effect on this country.”

Zbigniew Brzezinski, formerly President Jimmy Carter's National Security Advisor, is a counselor and trustee at the Center for Strategic and International Studies and a professor of American foreign policy at the School of Advanced International Studies at Johns Hopkins University. His many books include the New York Times bestseller Second Chance: Three Presidents and the Crisis of American Superpower; The Choice: Global Domination or Global Leadership; and The Grand Chessboard: American Primacy and Its Geostrategic Imperative. He lives in Washington, D.C.
Loading...
or
Not Currently Available for Direct Purchase