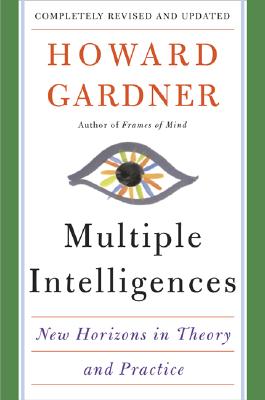 New Horizons in Theory and Practice

The most complete account of the theory and application of Multiple Intelligences available anywhere.

Howard Gardner's brilliant conception of individual competence, known as Multiple Intelligences theory, has changed the face of education. Tens of thousands of educators, parents, and researchers have explored the practical implications and applications of this powerful notion, that there is not one type of intelligence but several, ranging from musical intelligence to the intelligence involved in self-understanding.

Howard Gardner is the John H. and Elisabeth A. Hobbs Professor of Cognition and Education at the Harvard Graduate School of Education and Senior Director of Harvard Project Zero. The author of more than twenty books and the recipient of a MacArthur Fellowship and twenty-one honorary degrees, he lives in Cambridge, Massachusetts.

Praise For Multiple Intelligences: New Horizons in Theory and Practice…

"Whenever Howard Gardner focuses his synthesizing mind and vast erudition on any topic, we can be sure that an exciting intellectual adventure is in store. If his manifesto were heeded, the future of our children would benefit immensely."—Mihaly Csikszentmihalyi

"Were we to apply even a fraction of the knowledge Gardner marshals for us, education might finally lead to the deeper understanding that should be its primary goal."—Rexford Brown

"For those of us who suspect that intelligence is too complex a phenomenon to be measured by the single number of Q.Q. derived from an 'intelligence test,' Gardner's book is a refreshing experience and an open door into a whole new way of looking at human beings."—Isaac Asimov
or
Not Currently Available for Direct Purchase
Copyright © 2020 American Booksellers Association