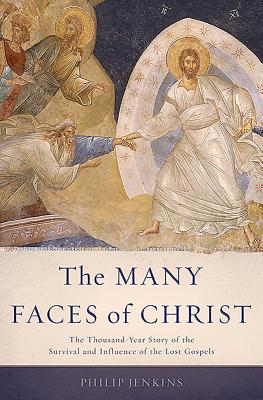 The Many Faces of Christ

The standard account of early Christianity tells us that the first centuries after Jesus' death witnessed an efflorescence of Christian sects, each with its own gospel. We are taught that these alternative scriptures, which represented intoxicating, daring, and often bizarre ideas, were suppressed in the fourth and fifth centuries, when the Church canonized the gospels we know today: Matthew, Mark, Luke, and John. The rest were lost, destroyed, or hidden.

In The Many Faces of Christ, the renowned religious historian Philip Jenkins thoroughly refutes our most basic assumptions about the Lost Gospels. He reveals that dozens of alternative gospels not only survived the canonization process but in many cases remained influential texts within the official Church. Whole new gospels continued to be written and accepted. For a thousand years, these strange stories about the life and death of Jesus were freely admitted onto church premises, approved for liturgical reading, read by ordinary laypeople for instruction and pleasure, and cited as authoritative by scholars and theologians.

The Lost Gospels spread far and wide, crossing geographic and religious borders. The ancient Gospel of Nicodemus penetrated into Southern and Central Asia, while both Muslims and Jews wrote and propagated gospels of their own. In Europe, meanwhile, it was not until the Reformation and Counter-Reformation that the Lost Gospels were effectively driven from churches. But still, many survived, and some continue to shape Christian practice and belief in our own day.

Offering a revelatory new perspective on the formation of the biblical canon, the nature of the early Church, and the evolution of Christianity, The Many Faces of Christ restores these Lost Gospels to their central place in Christian history.

Praise For The Many Faces of Christ: The Thousand-Year Story of the Survival and Influence of the Lost Gospels…

Library Journal
“Those who are open to a rational discussion of these gospels will find a wealth of information offered here. An important book on a topic often discussed but rarely understood…Jenkins' latest will appeal to anyone seriously interested in the history of the Christian Church and the development of the Bible.”

Gerard Russell, author of Heirs to Forgotten Kingdoms: Journeys Into the Disappearing Religions of the Middle East
“This is the scholar's answer to Dan Brown. It is enlightening, well-written and accessible, shedding light on neglected aspects of Christian history, helping to explain many themes in medieval art, and showing the unexpected origins of familiar things. It busts myths elegantly and gives us in their place facts which are just as intriguing.”

Books and Culture
“Jenkins follows the path of his previous work by unearthing aspects of the church that many (especially in the West) have forgotten or ignored. If one desires to learn more from every age and locale where followers of Jesus (broadly construed) existed and wrote about the meaning of his life, this book is an excellent place to start.”

Christian Century
“The importance of The Many Faces of Christ is its support for the present diversity of belief and practice within Christianity.”

Times Literary Supplement
“Jenkins's style is accessible – even colloquial… The book is to be highly recommended, not least to those intrigued by sporadic sensationalist media reports of revolutionary ‘new' scriptures or contaminated by Dan Brown's conspiracy theories about ‘hidden' texts.”

Weekly Standard
“[Jenkins] is a refreshing dissident from the knee-jerk religious liberalism professed by most academics and journalists covering Christianity nowadays…Readers… will find rich rewards and intriguing topics for further conjecture.”

Philip Jenkins is a distinguished professor of history at the Institute for Studies of Religion, Baylor University. The author of twenty-seven books, Jenkins divides his time between Texas and Pennsylvania.
Loading...
or support indie stores by buying on