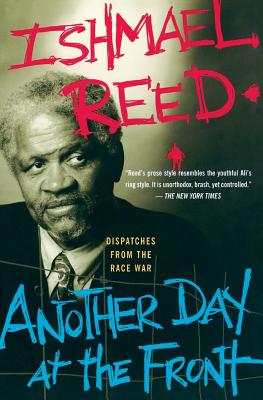 Another Day At The Front

Dispatches From The Race War

African Americans have been at war with certain elements of the white population from the very beginning. Being black in this hemisphere is a battle, and each day is one spent at the front. In this new collection of essays, his first since Airing Dirty Laundry (1993), Ishmael Reed explores the many forms that this homefront war has taken. His brilliant social criticism feints deftly among past and present, government and media, personal and political. From the author whose essay style has been compared to the punching power of boxers Mike Tyson and Muhammad Ali, this book is a series of fast, powerful jabs at America's long tradition of racism. "Reed wears the mantle of Baldwin and Ellison like a high-powered Flip Wilson in drag." -- Baltimore Sun "Ishmael Reed is a genius." -- Terry McMillan "The sweep of his work has both grandeur and genius, and even when you disagree with him, he has you laughing, often at yourself. His always-provocative writing has humanity, humor, power, and vision. A true original." -- Jill Nelson

Ishmael Reed is a novelist, poet, playwright, and essayist who has published nine critically acclaimed novels and more than a dozen other books of poetry and essays. In additional to being nominated for a National Book Award for Poetry, recent awards have included the Lila Wallace-Reader's Digest Award, a John D. and Catherine T. MacArthur Foundation Fellowship, and 2008 Blues Songwriter of the Year from the West Coast Blues Hall of Fame. He is Professor Emeritus at University of California at Berkeley.
or support indie stores by buying on